In 1955, when Hamilton was a professor at the University of Newcastle upon Tyne, then Durham University, he conceived the project Man, Machine and Motion as an exhibition that would represent "a visual study of man’s relationship with moving machines", initially entitled Human Motion in Relation to Adaptive Appliances. The work was first mounted in 1955 in the Hatton Gallery, in Newcastle, before later moving to the ICA (Institute of Contemporary Art), in London. The installation shared certain connections with some of his 1950s paintings that explored the theme of movement in the photographs of Muybridge, Cubism, Futurism and Duchamp’s Dada works, but overall they incorporated the world of cinema, sporting achievements and his interest in and experience of machine design, which he shared with the critic and architect Peter Reyner-Banham, who collaborated in the Man, Machine and Motion catalogue. The work in the Museo ties in with the installation produced for New York’s New Museum for the 2012 exhibition Ghost in the Machine. It is made up of 176 photographs on 54 Dibond panels in a steel structure, and is divided into four sections: Aquatic, Terrestrial, Aerial and Interplanetary. According to the press release Hamilton wrote in 1955, the aim was to illustrate "the mechanical conquest of time and distance [by way of] structures that man has created to broaden his ability to travel and to explore regions of Nature that were previously denied to him." The artist worked with photographs and photographed drawings, compiled in King’s College Library, which spanned a long period in history but also gave prominence to photographic images that were contemporary to the advent of mechanical transport. The artist’s specific interest was not just in the appearance of the moving machine, but also man’s presence to refer to aspects such as the social status and sexuality associated with these machines.

Richard Hamilton
Artworks in the collection 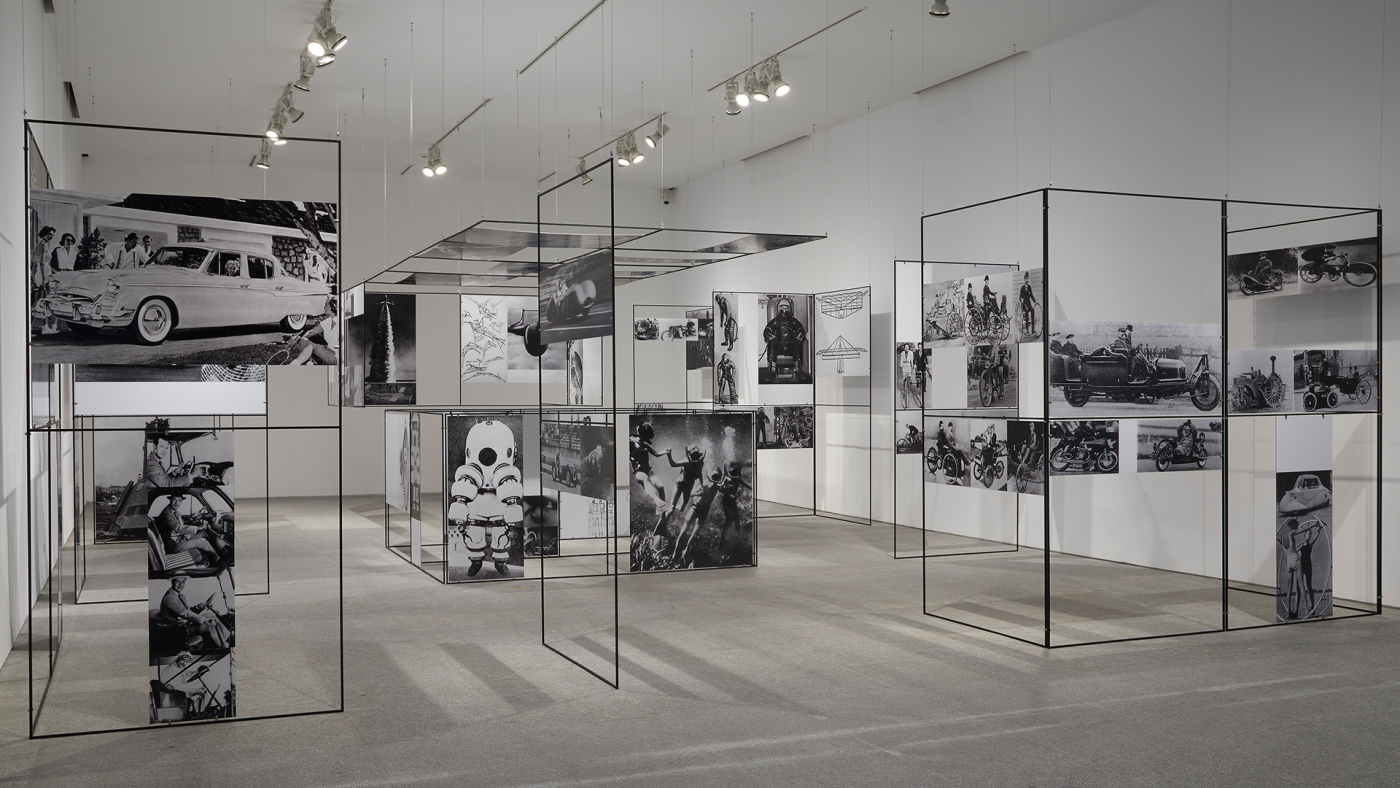