Ramón Casas had already practised the representation of crowd scenes in the 1880s, in works like Entrada a la plaza de toros de Madrid (Entrance to the Madrid Bullring) and Las regattas (Regattas). After a period dominated by his portrait and nude paintings, he returned to the subject of crowd scenes, among which Garrote vil (Garrotte) holds a preeminent position. Casas himself was present at the scene of this execution in Barcelona in 1893, but when he turned it into a painting, rather than dwell on the morbid aspects inherent in the theme, he emphasized the journalistic reportage side of the event.
Casas did two preparatory studies for this work, in which the industrial chimneys of Barcelona can be seen in the background. The main motif is the crowd, who are depicted from a raised viewpoint, gathered around the scaffold, on which stand the executioner, the condemned man and the priests. Also present are the Cofrades de la Sangre (the Confraternity of the Blood of Christ) in their characteristic pointed hoods. Between the condemned man and the waiting crowd, Casas leaves an empty space, which adds to the drama and tension hanging over the scene’s main group.

Ramón Casas i Carbó
Artworks in the collection 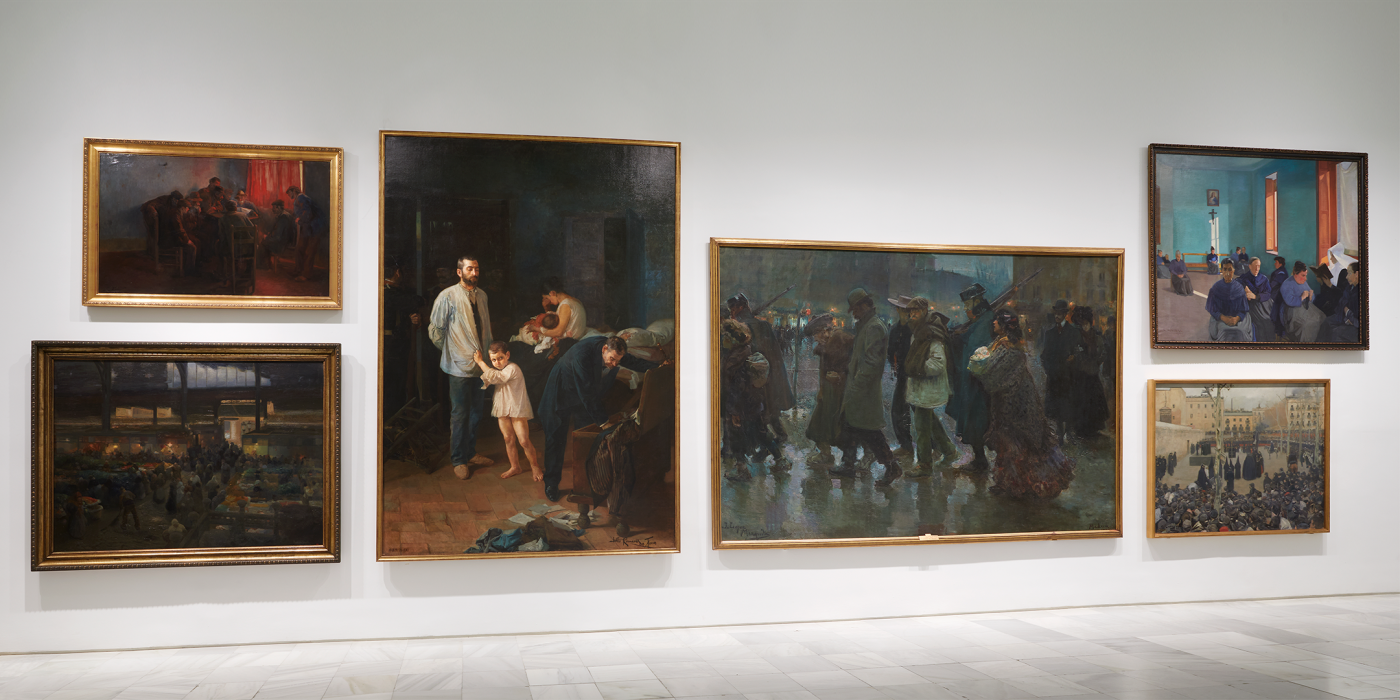