Equipo is the name given to an ongoing educational project begun in 2006, revolving around three interconnected axes: young people, the Museum and educators. The connection between these elements is what drives an initiative aimed at young people from 16 to 20 who get together every Saturday with the idea of rethinking and creating museum, on both a theoretical and a practical level, accompanied by their educator Kae Newcomb.

The project is experimental and organic, growing and changing depending on the interests and concerns of the participants (which can vary in number from 10 to 15) and on the relationship that evolves between them and the Museum’s lines of research, both in terms of exhibition and education. These elements form the basis from which Equipo draws its lines of action and thought, using contemporary art and artistic practice as a tool for ideas and communication. The group’s internal dynamic encourages young people to take collective decisions, making Equipo a project that is permanently under construction.

As well as a general objective of encouraging young people and the Museum to come closer together, Equipo also aims to “generate voices”: to activate young people’s ability to debate and develop critical thought, to build up processes of personal autonomy and teamwork and to stimulate their capacity for creativity.

The actions and activities put on by Equipo are run along two lines, that could be described respectively as being made up firstly of everything that the Museum offers young people, and secondly as everything the young people bring to the Museum. The project enables participants to get to know, at a fairly in-depth level, how the Museum works, through meetings with the professionals and conversations with artists. The young people’s contribution is specifically their participation as educators in the <18 workshops which the Museum runs for teenagers from 13 to 18, their creation of other activities for this same sector of the public, and their designs for communicative elements to publicise the activities. 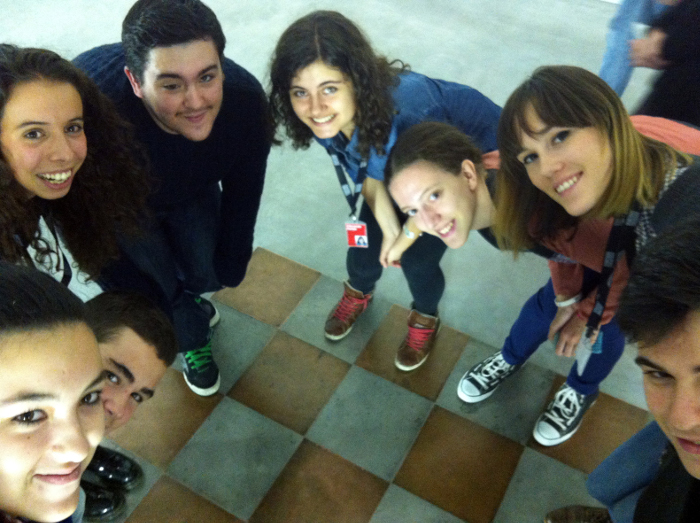