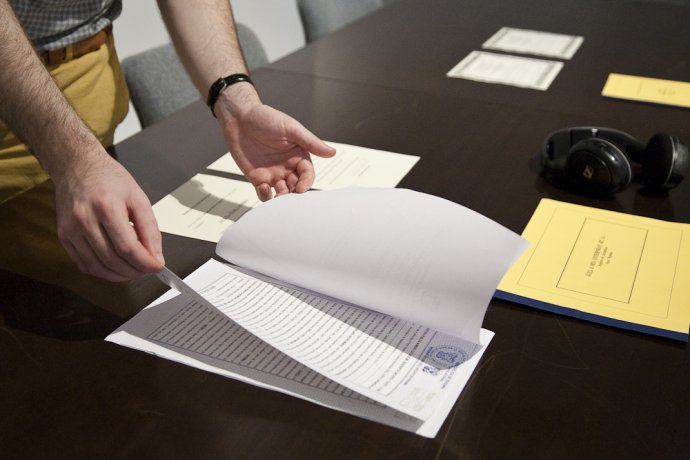 Can strategies of capital be replicated to build horizontal social dynamics? As part of an action in the Really Useful Knowledge exhibition, artists Núria Güell and Levi Orta donate bank accounts in tax havens to a group of activists, who will use this route to attack the system that produces it. The project culminates in this seminar, which is organised by both artists.

After setting up a public limited company in a tax haven, the artists Núria Güell and Levi Orta will hand over the administration of one their company's bank accounts to a group of activists that are developing a company project on the fringes of capitalist dynamics.

The management of these accounts will enable users to evade state-imposed regulations, by the ECB and IMF, and challenge the monopoly of the financial system, thus facilitating free operations to develop a self-governing economy.

Taking this action as the central rationalisation, this debate programme, culmination of the artistic project, includes participation from thinkers and specialists that have developed their work from different branches of knowledge and political action. As it strives to generate useful knowledge from open debate, the conversation is presented as the justification for rethinking, from the fields of philosophy, ethics, politics and art, the implicit contradiction in replicating capitalist strategies in order to build certain anti-capitalist social dynamics.

Montserrat Galcerán is a Professor of Philosophy at the Complutense University of Madrid and a social activist and essayist.

Santiago López Petit is a chemist and philosopher. He is Professor of Philosophy at the University of Barcelona and forms part of initiatives such as Espai en Blanc and Dinero gratis.

Rubén Martínez is a researcher and teacher and a member of the La Hidra Cooperativa and Observatorio Metropolitano de Barcelona (Fundación de los Comunes), where he participates in the research project “Comuns Urbans”.

He is also a representative of the collective of activists the artists have donated the company to in the aforementioned tax haven.

Jesús Carrillo. Head of Cultural Programmes at the Museo Reina Sofía and senior lecturer in the department of Art History at the Autonomous University of Madrid.