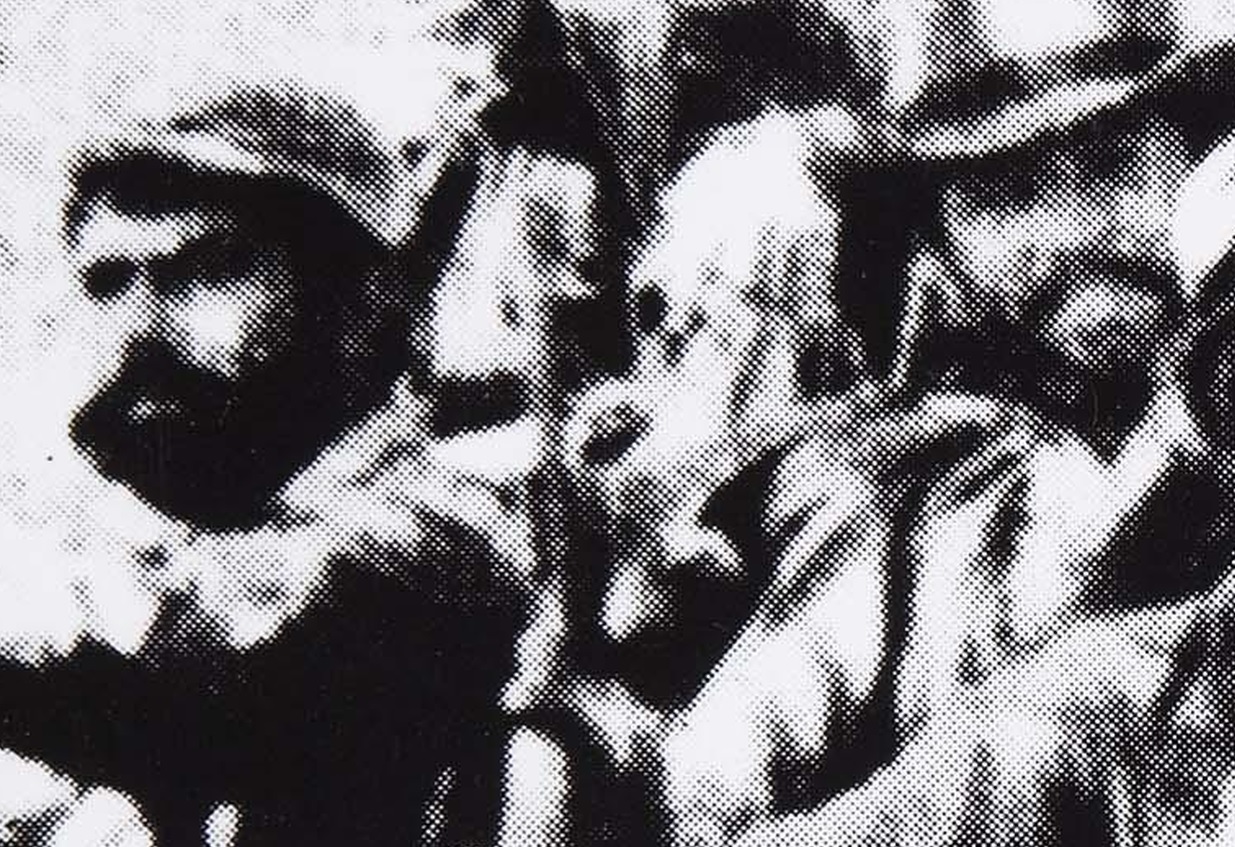 The origin of the photobook Para verte mejor, América Latina (The Better to See You, Latin America) stretches back to the years 1970 and 1972, when Paolo Gasparini worked as a photographer for UNESCO on a project concerning modern Latin American architecture. On his travels, as he photographed edifices from an academic viewpoint, he felt the need to investigate life behind the monument. This other work, the photographic series which gave rise to Para verte mejor, América Latina, approaches the urban, social and cultural landscape of Latin America; a landscape understood as a “vast battlefield”, a continent ideologically torn between socialism and capitalism. The political stance adopted in the book is made clear given that its final pages spotlight the Cuban Revolution and its leader, Fidel Castro, as a beacon of hope.

The book, published in Mexico in 1972 by Siglo XXI Editores, under the direction of Arnaldo Orfila,

was designed by Umberto Peña and presented the committed texts of Cuban writer Edmundo Desnoes. Its content was arranged in a sequential montage and used a double page to form a “dialectic of opposites”, a device taken from Sergéi Eisenstein’s theory of film montage: the symbols of fervent economic liberalism collide with political icons from the socialist revolution. The title refers to the story of Little Red Riding Hood, where the ferocious wolf is personified by economic, social and cultural colonialism; also salient is the work’s exploration of the gaze, understood as a form of domination. The complex, racially mixed and contradictory visual culture in Latin America is perceived as an area of dispute, made up of different strata, “interrelated visual systems”, in conflict over hegemony: indigenous and catholic iconographies, those from the nation state, or capitalist or revolutionary ones dispute the imaginary of the global Latin American city and its inhabitants.

Para verte mejor, América Latina shows the "visual history of a continent and its acute, present-day contradictions" in an accumulation of street scenes recorded in different American cities and converted through the montage of photos on the double pages of a single and continuous metropolis.

A photobook is an autonomous art form, comparable with a piece of sculpture, a play or a film. The photographs lose their own photographic character as things ‘in themselves’ and become parts, translated into printing ink, of a dramatic event called a book.

The Museo Nacional Centro de Arte Reina Sofía conserves 29 vintage copies of the series Para verte mejor, América Latina. The photographs were developed in Italy by Franca Donda, Gasparini’s first partner and a major collaborator, and the acquisition was made in 2013 and was partly donated by the author. 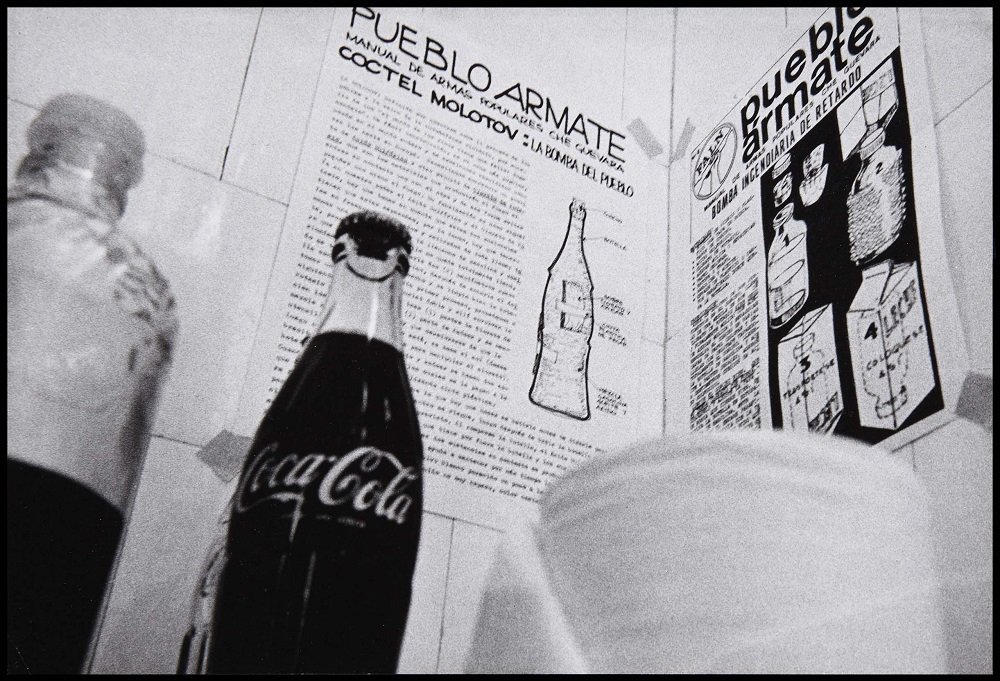 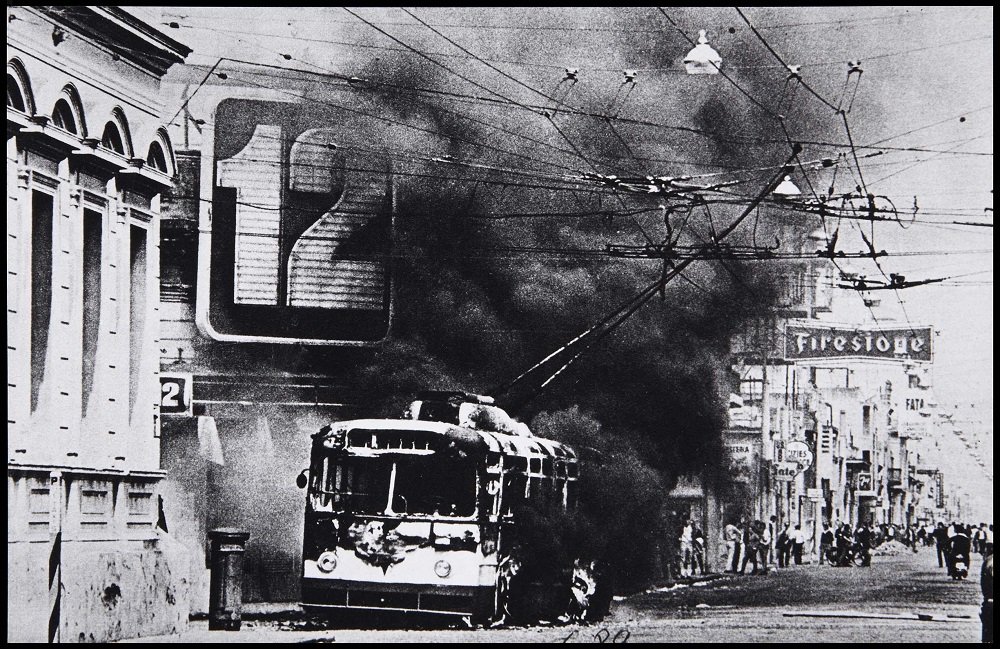 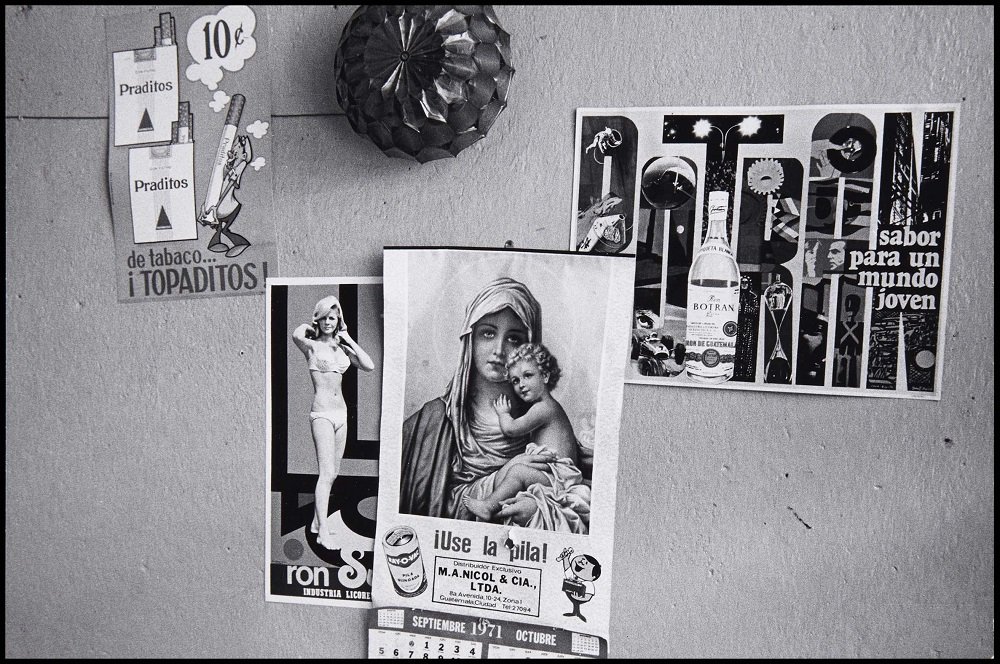 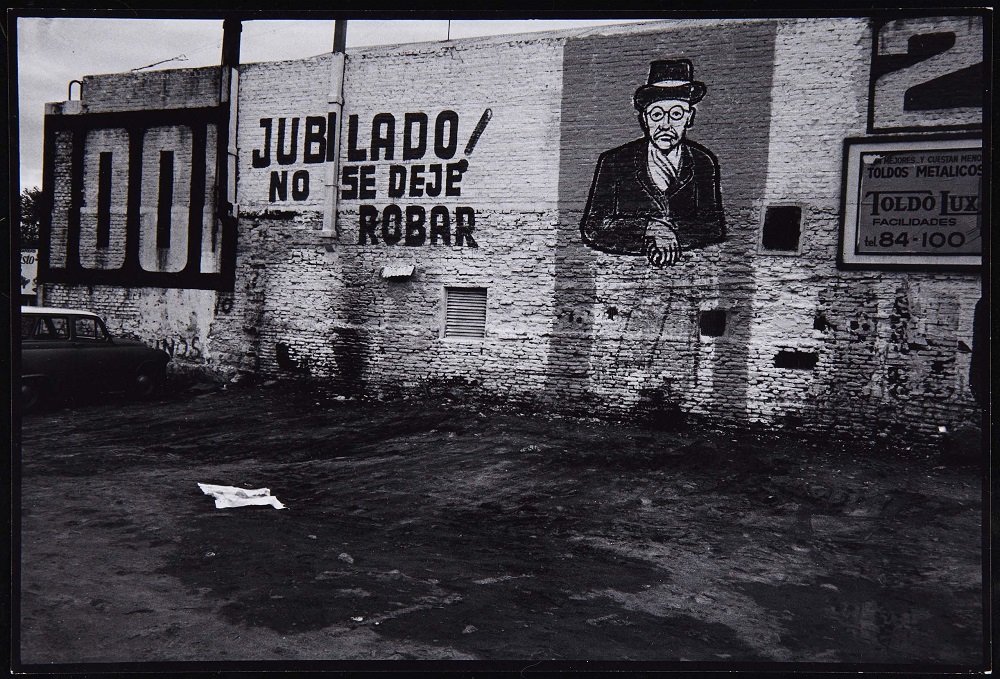 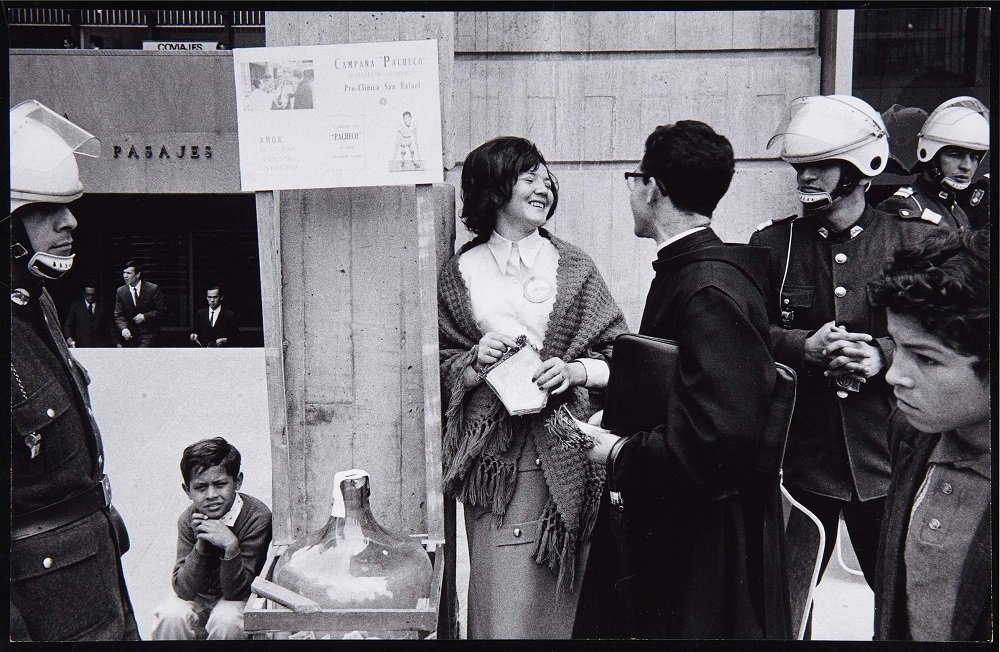 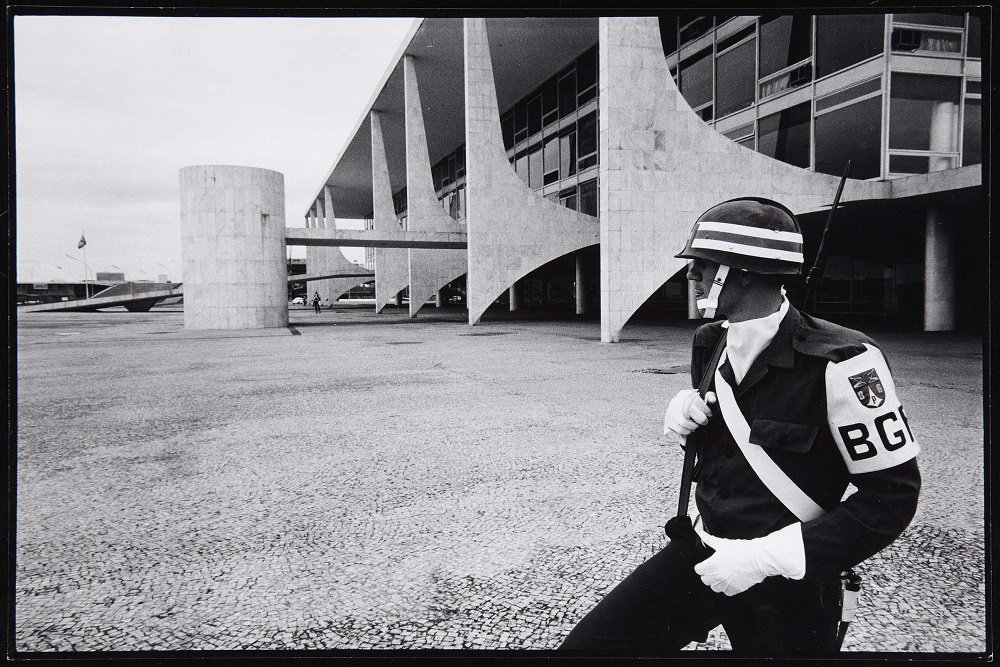 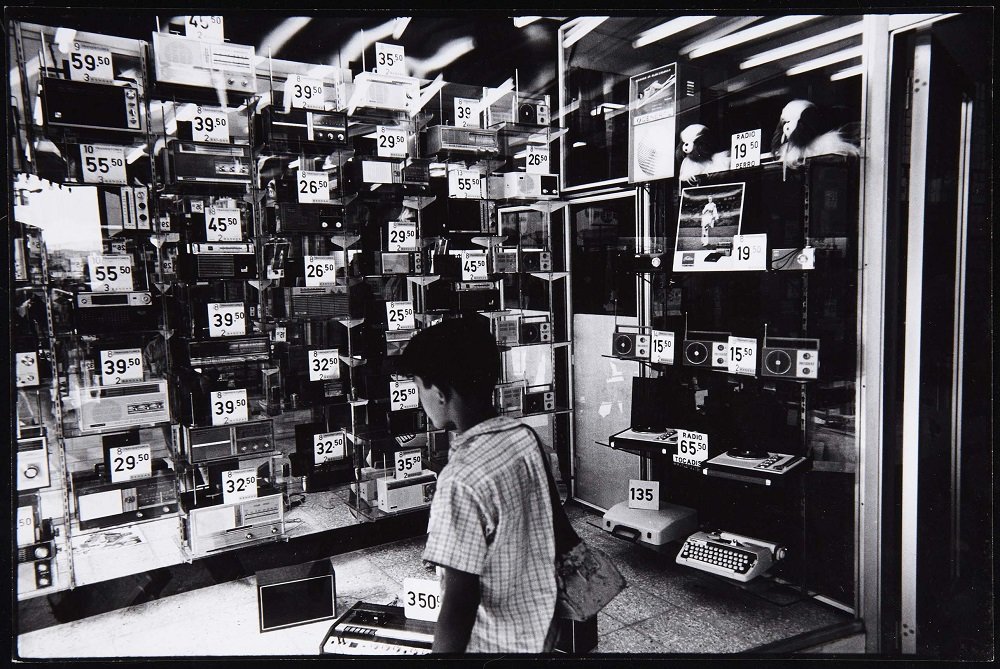 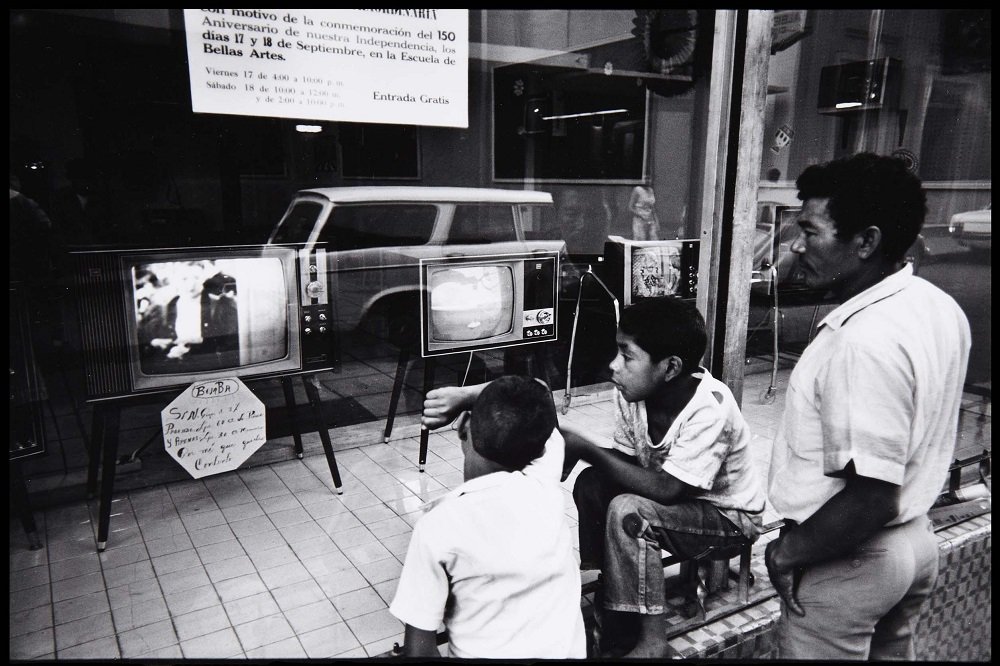 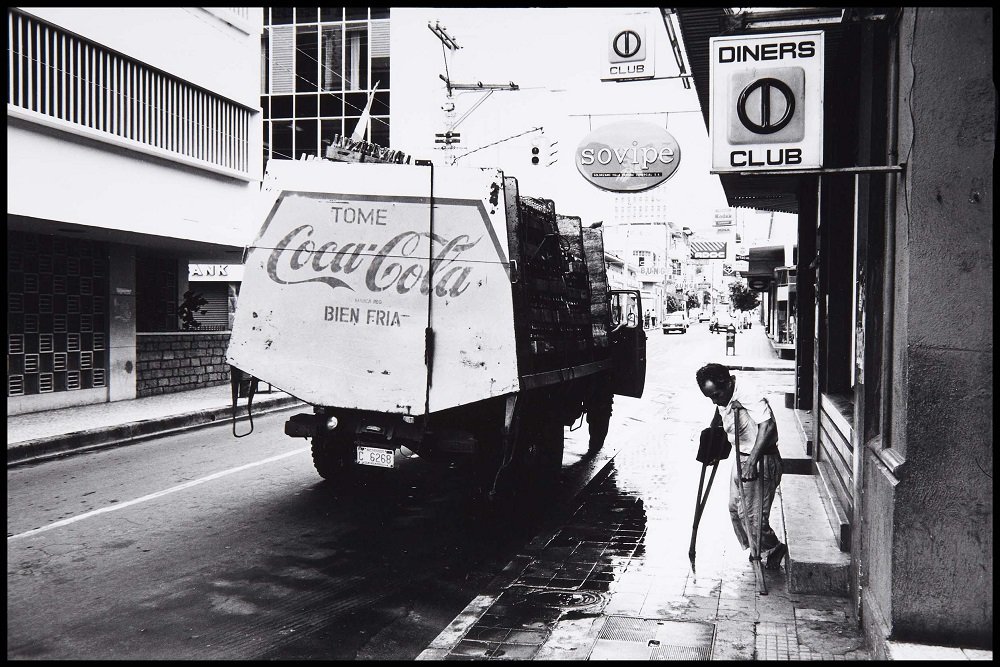 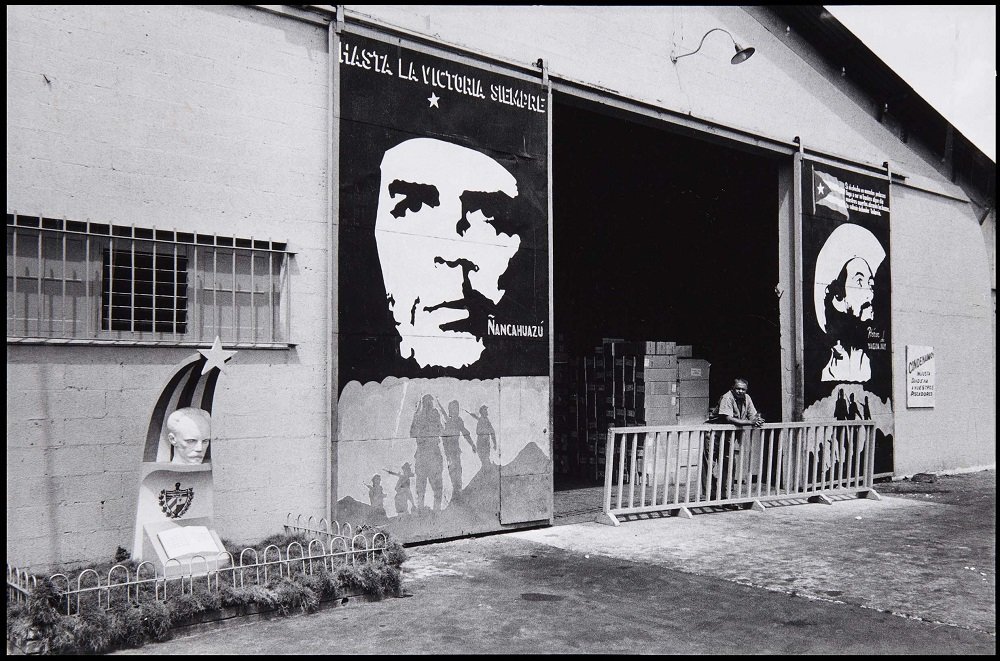 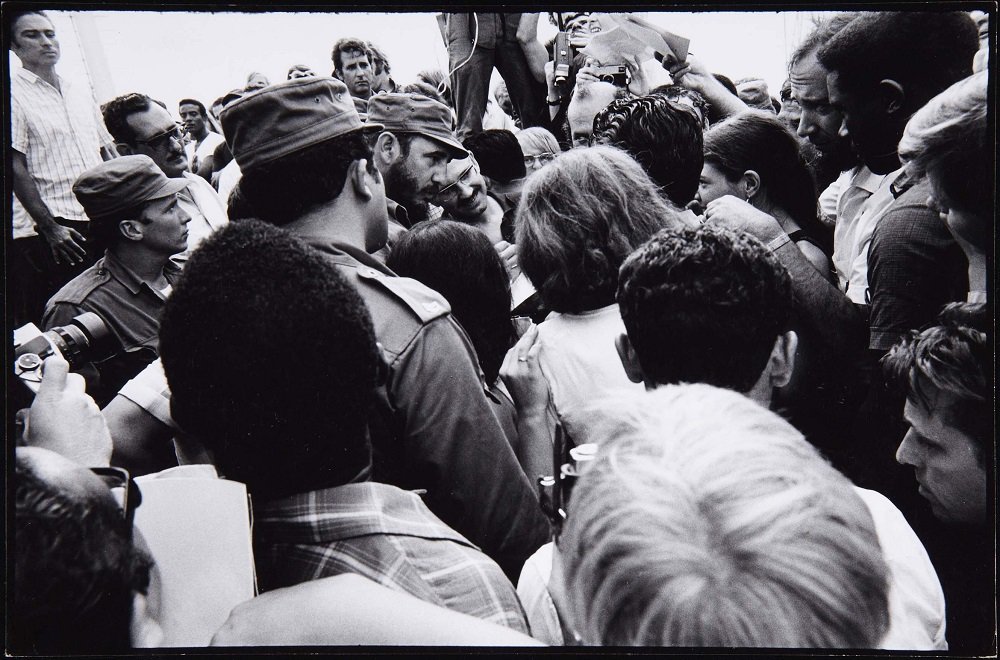 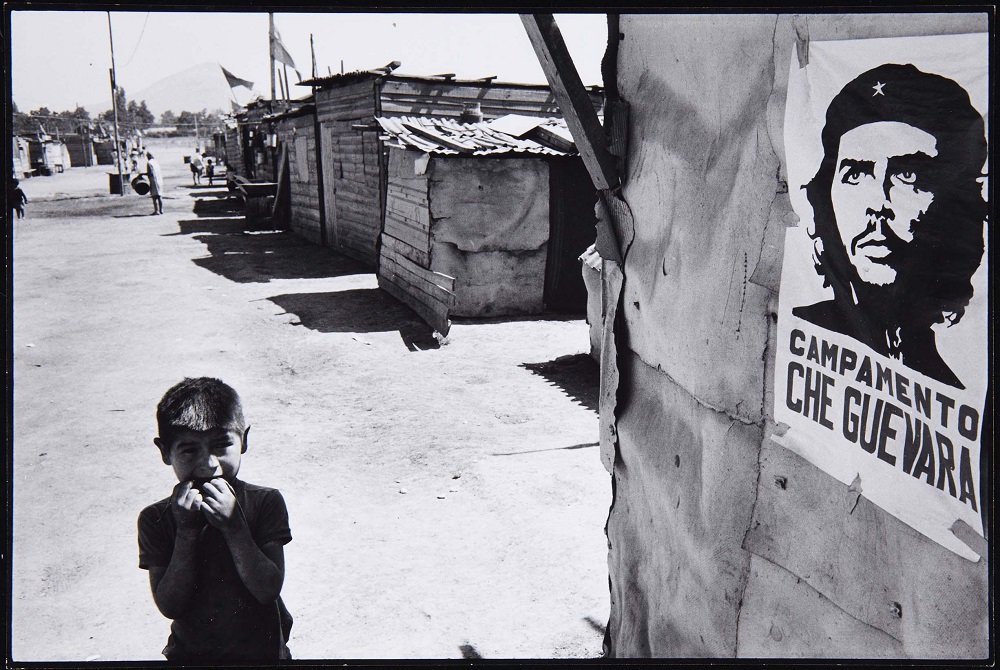 Paolo Gasparini’s photographic essays materialised in the form of photobooks over the course of his career, and between 1961 and 1965 he had the chance to record the daily events of the Cuban Revolution through being on the island. The ensuing photograph series was due to be published in France with the collaboration of Armand Gatti, but ultimately remained unpublished. The perfectly conserved mock-up of the project was donated to Museo Reina Sofía by Paolo Gasparini in 2015.

In Cuba he met Agnès Varda, Chris Marker and Joris Ivens, artists with whom he started to consider the potential of the photographic sequence, its assembly and the dialogue between photos. The experimentation he carried out, aiming to multiply the possible readings of the photographs through the dialogue set up between them, led him to systematically produce audiovisuals, photomurals and photobooks. Ever since 1970, when the publishing house Lumen published the La ciudad de las columnas (The City of Columns) with photographs of the Havana buildings and texts by Alejo Carpentier, Gasparini has continued to make photobooks; a way of positioning the image

when bestowing it with a discursive context through text and its interrelation with other photographs. The contradiction between the “two worlds”, the first and the third, was the theme of Retromundo (Retroworld, Alter Ego, 1986), with texts by Victoria di Stefano and Álvaro Sotillo’s design. Both theme and designer coalesce in the book El reverso de las imágenes (The Reverse of Images, Galería López Quiroga, 2015), his final work, and one which reflects the coherence of his practice over so many years.

Other pivotal photobooks include El suplicante: México 1971-2007 (The Supplicant, Mexico 1971–2007, RM, 2010), which compiles his travels in Mexico over a number of years, and Karakarakas (Mal de ojo, 2014), a book in which photographs outline his sixty years in Caracas. In Las imágenes muerden (Images Bite, The Dodo & Co., 2015) Gasparini experiments with movement in time and the photographic image accompanied by music, shaping what can be considered a new format, the e-photobook. In Gasparini’s view, audiovisuals are the most complex and complete medium, and one which enables him to profoundly explore what he wishes to express.

Giving form to a book is a great effort and struggle. Because, if I had to assemble a book to say what I already know or what I had previously thought, I would have no interest whatsoever in doing it. It’s rather that I have to assemble reason to interweave discourse with images that carry with them ongoing content and are articulated as if they were words that rethink and reflect my ideas (ideology, as stated above, or rather: the way I see)..

That is undoubtedly where my other obsession comes from, the resolve to break the limits of the still photograph, to transfer the frozen image, that which neither moves nor is transformed, to take it to the dissolves which I’ve called semiolmovientes [moving semiology] (intelligent allegories) and to assemble audiovisuals (originally slide shows), which are true image laboratories of thought.

Paolo Gasparini (1934, Gorizia, Italy) trained as a photographer within the Italian Neorealist movement in the early 1950s. In 1955 he moved to Venezuela, where he began working professionally in architectural photography. At the same time, he worked as a street reporter, employing a realist language with influences from photographers such as Paul Strand, William Klein and Robert Frank. For direct urban photography Gasparini used a 35mm camera, while for architectural photography he used a medium format. Essential parts of his practice include sequences or series, photographic essays whereby images are juxtaposed and engage in dialogue with one another. As a socially committed photographer, Gasparini published multiple projects in the photobook format, combining them, from the 1980s onwards, with the production of photomurals and audiovisual screenings.

Photography Service in the Collections Department