In 1961 in Galicia, José Val del Omar was filming the piece which, with Aguaespejo granadino (Water-Mirror of Granada, 1955) and Fuego en Castilla (Fire in Castile, 1960), would complete his Tríptico elemental de España (Elemental Triptych of Spain). Although he would never finish it, he returned to the project towards the (premature) end of his life, leaving detailed instructions for its assembly that allowed Javier Codesal in 1995 to make a reconstruction of the filmed and sound material. 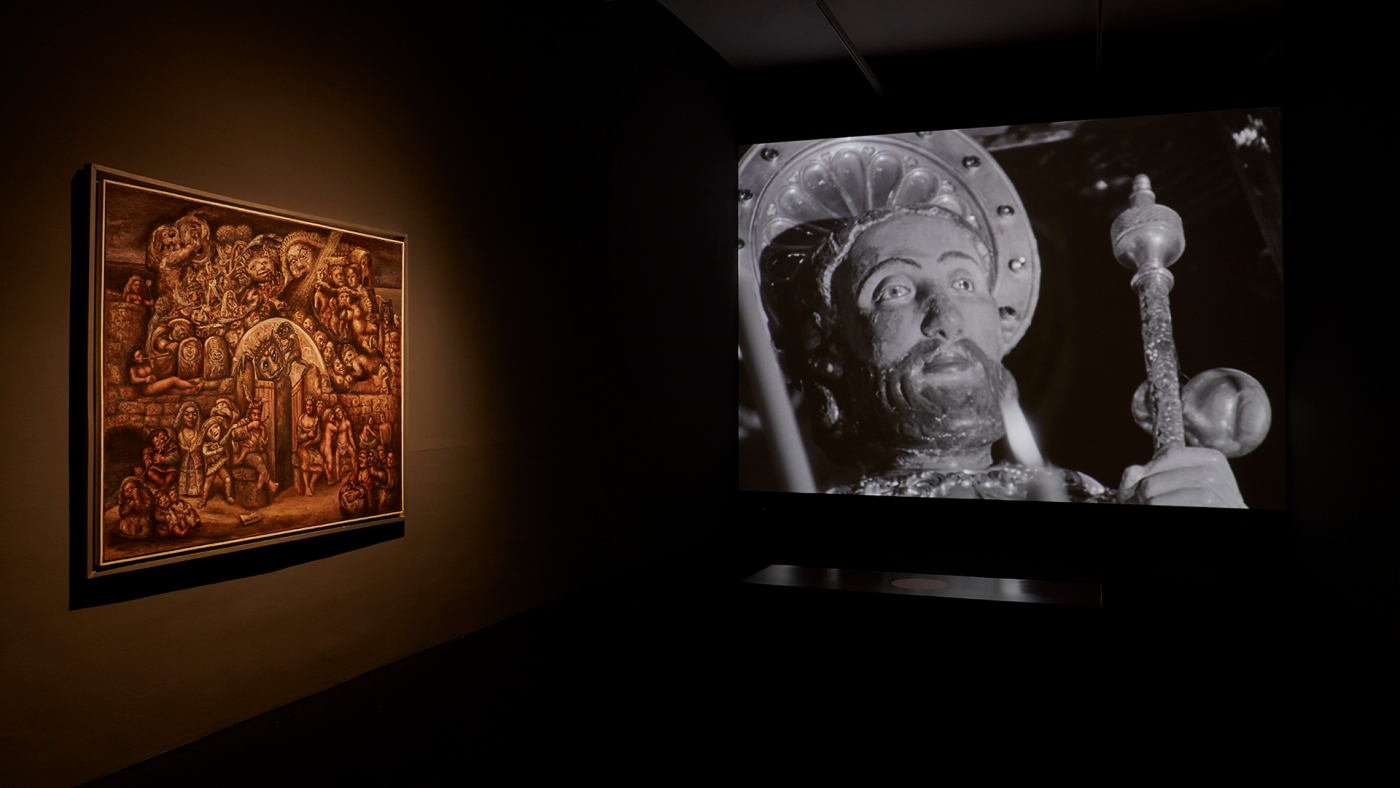 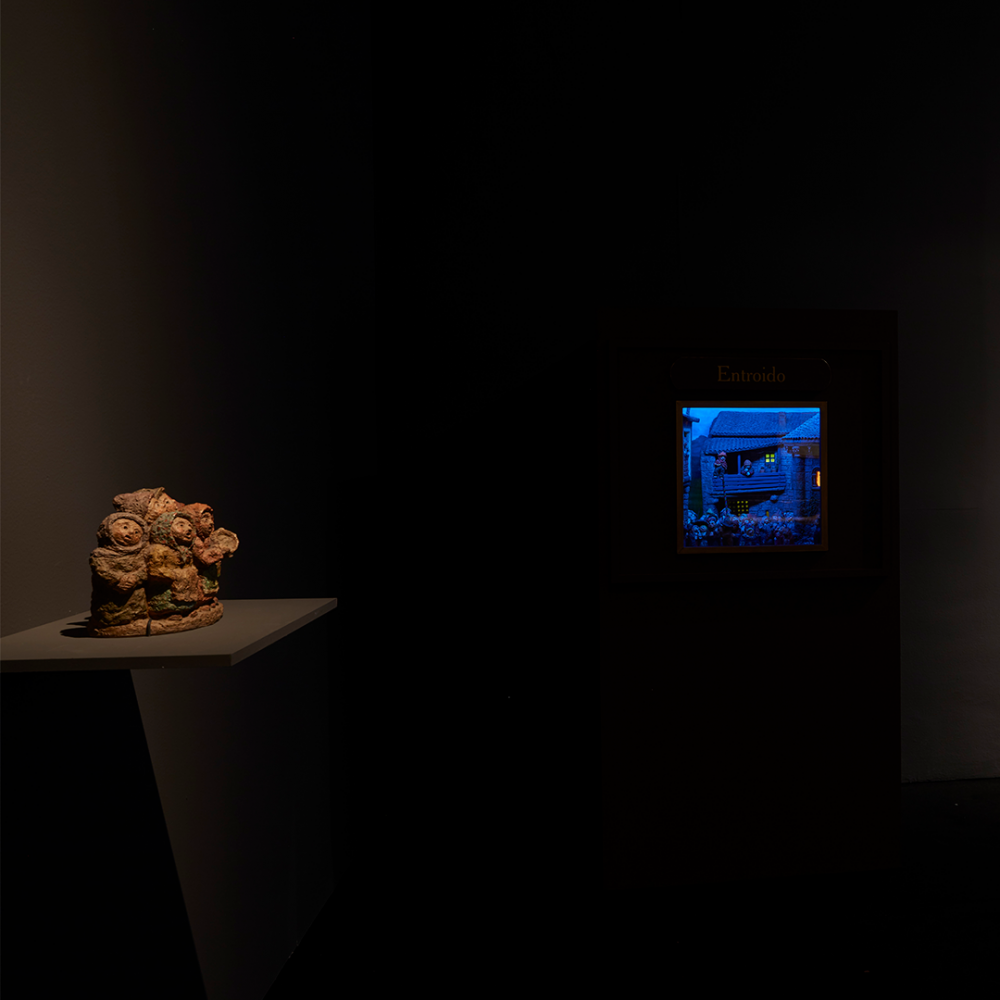 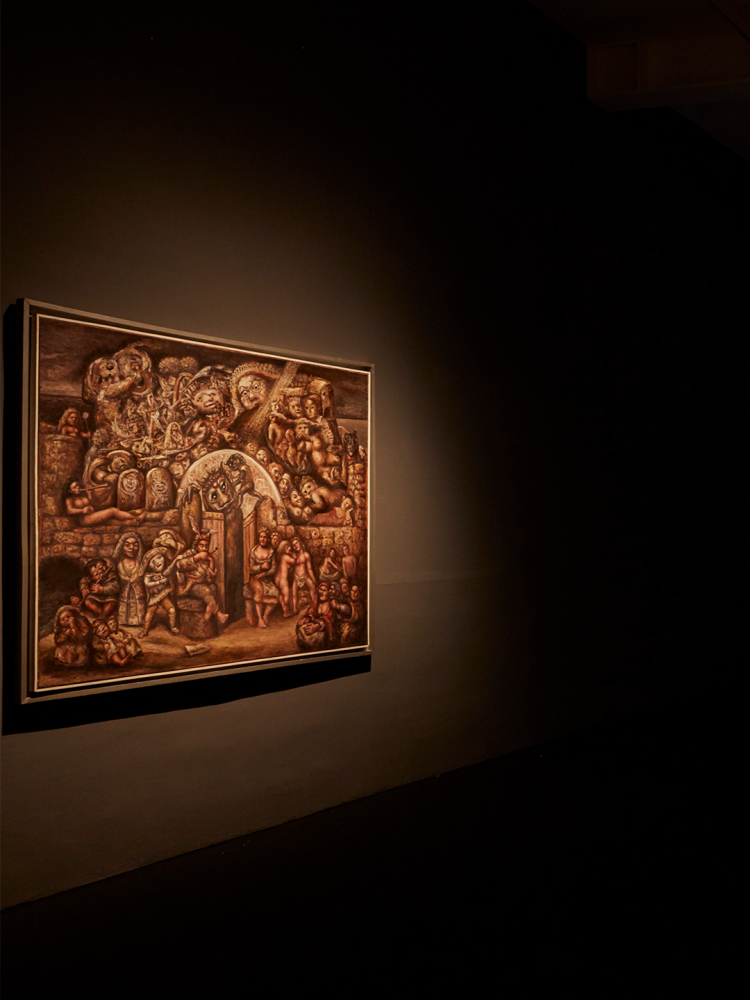 In 1961 in Galicia, José Val del Omar was filming the piece which, with Aguaespejo granadino (Water-Mirror of Granada, 1955) and Fuego en Castilla (Fire in Castile, 1960), would complete his Tríptico elemental de España (Elemental Triptych of Spain). Although he would never finish it, he returned to the project towards the (premature) end of his life, leaving detailed instructions for its assembly that allowed Javier Codesal in 1995 to make a reconstruction of the filmed and sound material.

The piece starts from the unmistakeable isomorphisms of the “cinemista” from Granada, with his shadow play and movement, his negatives and developing, inversions, collages and the effects of “expanded vision”. In a first reading, Val del Omar articulates a filmic poem, a song to the Earth, where, on one side, he contrasts the plasticity of clay (as a genetic engine and force of historical renewal) and the memory of stone (a principle of duration, a shaper of culture); clay and stone establish relationships with fire (fuel, home, conflagration, fatuous light) and water (fertilisation, erosion, purification). Thus, the film is threaded together through elements that summon continuities between spirit and matter, crafts and art, setting out from the farming cosmos and the symbolic Galician universe with its works, landscapes, forms and traditions, localised in a practice almost exclusively in Ourense, Santiago and Rianxo.

After studying the film in depth, other layers begin to develop, allowing Val del Omar to be discovered as a film-maker radically linked to the historicity of the contexts in which he operated and faithful to his own biography. For his filmic journey to Galicia in the early 1960s was also a journey of return, a rendered account of the poetic history of his generation and projects broken by war. The film starts with San Francisco sculpted by Asorey, with the limned face of exiled editor and activist Arturo Cuadrado, a comrade of the painter Laxeiro and the writer Rafael Dieste — both also uprooted. Dieste was close to Val del Omar on the Pedagogical Missions, the memory of which comes to light decades later at different points in the work. The love story between Federico García Lorca and Galicia is evoked from his Seis poemas Gallegos (Six Galician Poems), his “danza da lúa” in Quintana dos Mortos, and his Teoría y juego del duende (The Theory and Game of the Elf). Lorca traverses Val del Omar’s verses, a kind of foretaste, a preparation for his film. Caress is thus a game of crossed affections, inherited fondness, such as Lorca’s admiration of Rosalía de Castro, whom both Granada natives took as the notion of the “black shadow”. Another reference we come across is the informal Galician anthem, composed by Xoán Montes from emigration, and from Lorca there is a love of Romance de don Gaiferos, sung with hurdy-gurdy accompaniment by musicologist Santa Elices. With such a melody in Caress, Val del Omar, through his bold method of dialectic assembly, interrupts the official sermon of XXV Años de Paz (25 Years of Peace), Santiago Day, in the Cathedral of Compostela.

Therefore, exile, diaspora, amnesia and memory weave together the images of Caress. Yet in addition to the nostalgia of those years in the 1930s, the other central sphere of influence in the film is in reference to the Orense world of sculptor Arturo Baltar owing to a timely connection with the poet and activist Anric Massó. And so a scene of multiple forms of dissidence — political, cultural, gender-based — is reconstructed, giving rise to a dialogue between 1930s avant-garde movements through the notion of popular culture. In Caress, singer-songwriter, sculptor and performer Baltar plays a role which is equivalent to Vicente Escudero in Fuego en Castilla (Fire in Castile), a kind of naïve and telluric genius, a representative of the mainstream avant-garde. His clay figures emerge before Val del Omar, with his elf, as the modern heirs of the Romanic genius of Maestro Mateo. And with his nativity scenes, Baltar retrieves memory and heals war wounds through the manual work of clay, making specific and subtle forms: moulding the dead, correcting history, sweetening dramas.

Salient off camera is the relationship between Baltar and the painter Laxeiro through a penchant for universal Romanic imagery, popular tradition, carnival and marginalisation. Both share a likeminded sensibility before the pain and mystery of the popular cosmos and which writer Eduardo Blanco Amor names through the excesses of wine in a key book, A esmorga (La parranda, published in exile in 1959). The Black Shadow crosses through Trasmundo (Afterlife, 1947), where the living and the dead, beings of fiction and history, come together through festivities as the doors of time open and shut.

As with many of these works, Caress, and the remaining pieces of Triptych, anxiously invoke the devastation of the artistic, political and affective work of the Republic and its ghosts and remnants. Fables of death and resurrection, with their Dionysian youth and regenerative metaphors in the early 1960s, broken threads of a lost world that seemed to be reeved once again. Hence Val del Omar recording the recovery of student theatre when in Santiago in 1961. In the young actors from the DITEA group he saw the embodiment of students who, thirty years before, brought to life the theatre of the Pedagogical Missions and La Barraca. From DITEA is the voice of the devil Luzbel which, in an auto sacramental of José de Valdivieso (Hospital for the Mad), declared “war, war, war, to heaven and earth”. Even two decades later, in 1981, Val del Omar situated this wail in the last intervention he probably made on Caress, doing so in counterpoint to the voice of Antonio Tejero entering Congress in a hail of bullets on 23 February 1981. Forty-five years later, those same proud screams of 1936 still threatened to interrupt (“Endlessly”) the promises of new caresses. 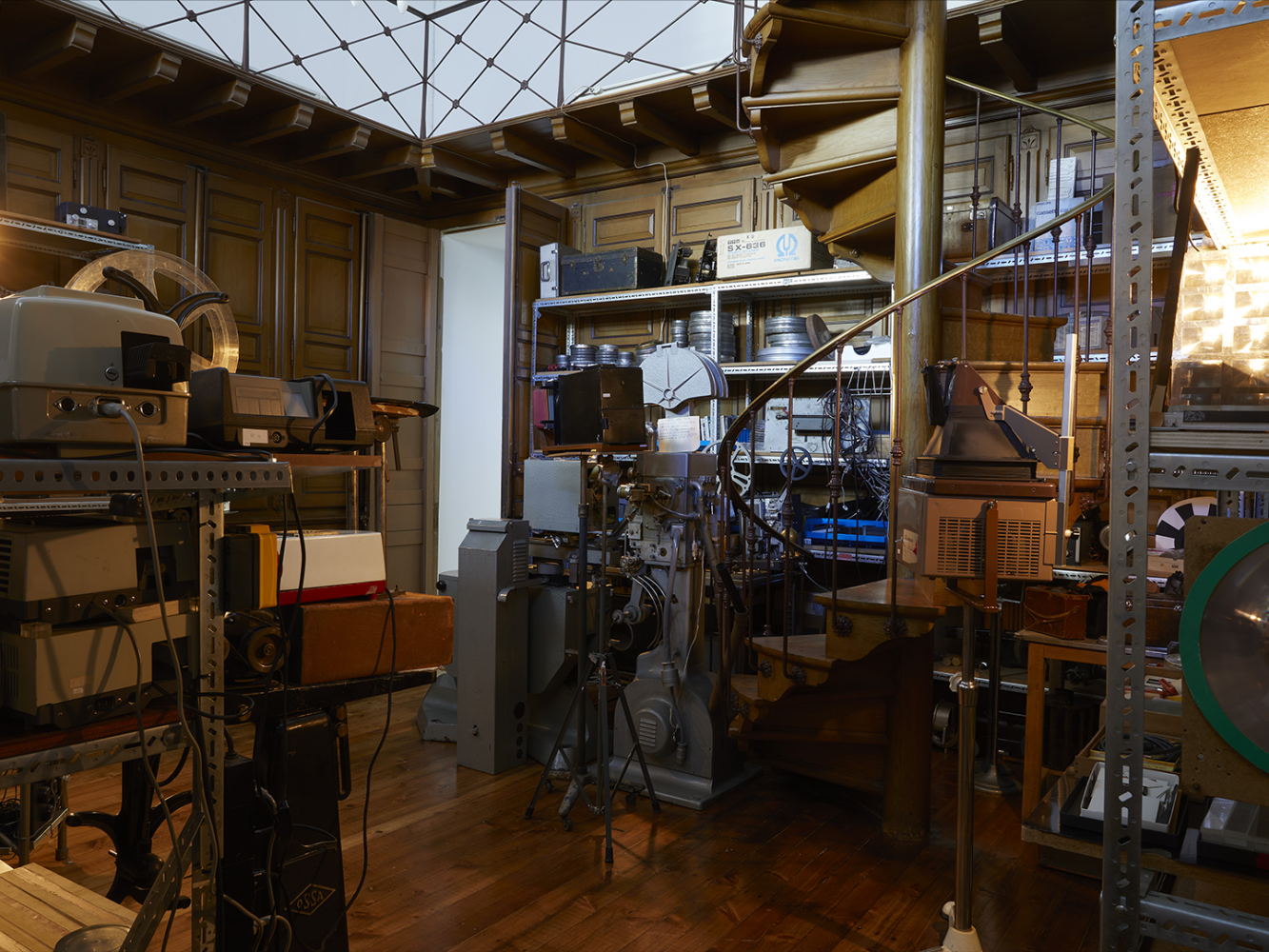