The major success achieved by the premiere of Manuel de Falla’s ballet El sombrero de tres picos (The Three-Cornered Hat) by the Ballets Russes company in London in 1919 sparked an interest in recovering and honouring Spanish dance from avant-garde standpoints. Thus, dance evolved into a field of experimentation where modern art and popular culture mixed. 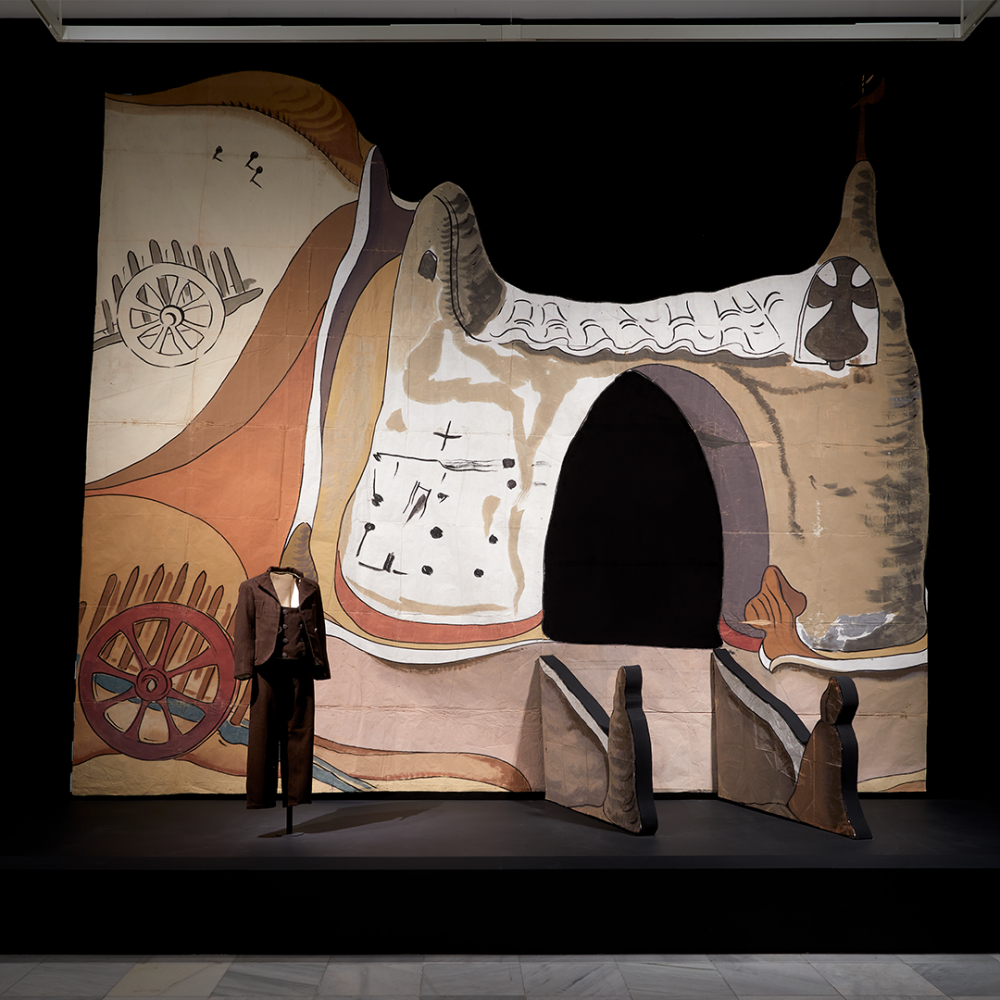 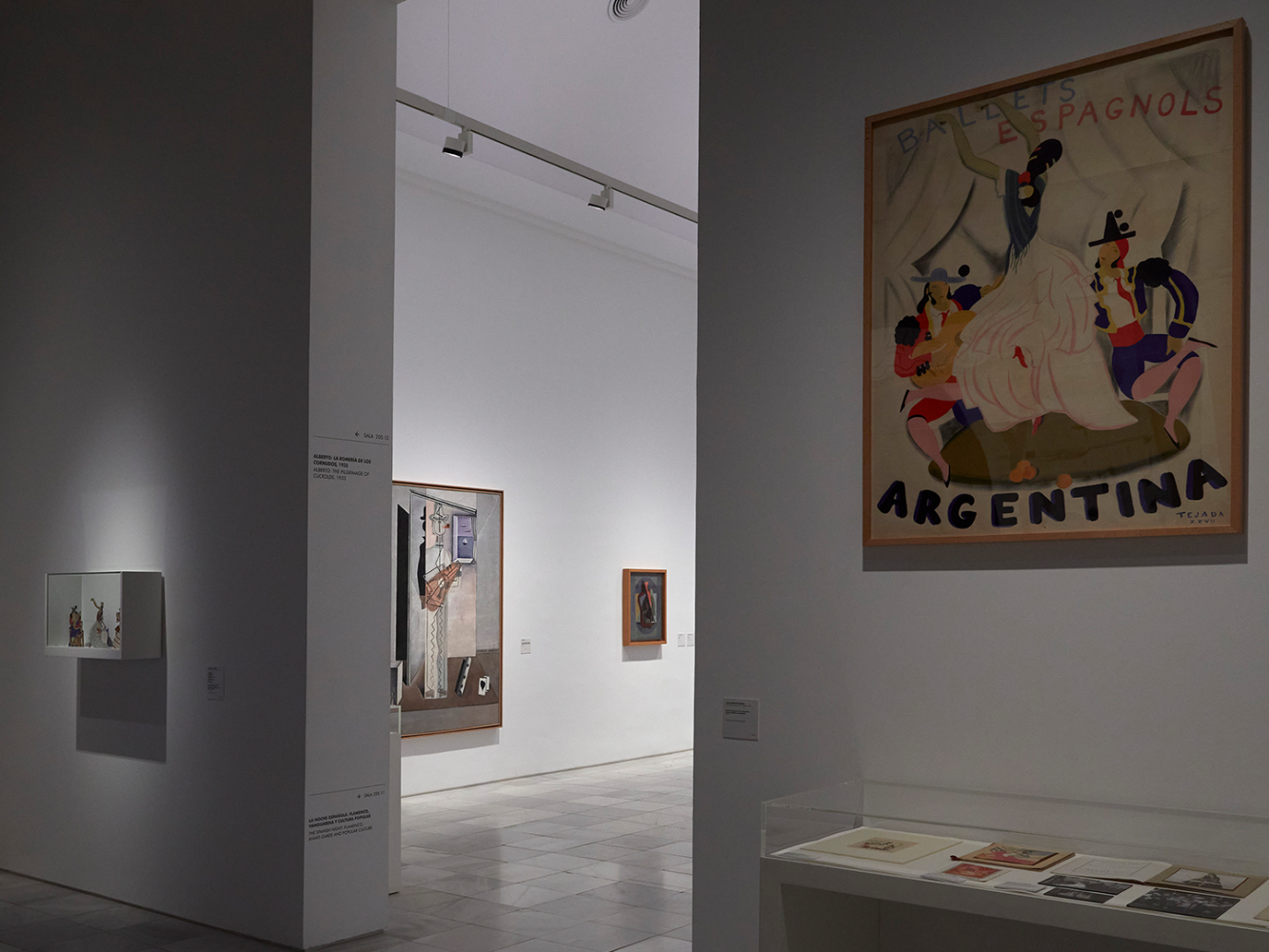 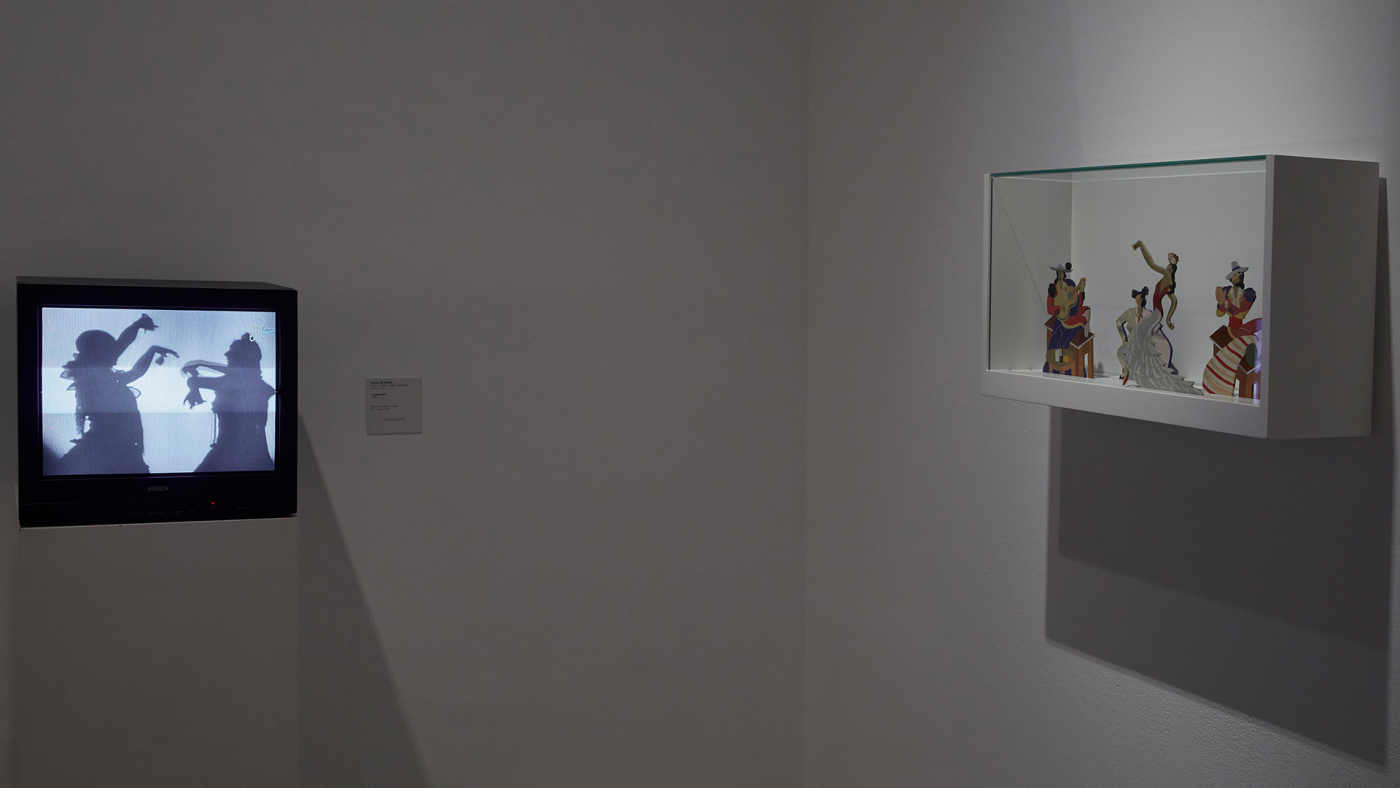 The major success achieved by the premiere of Manuel de Falla’s ballet El sombrero de tres picos (The Three-Cornered Hat) by the Ballets Russes company in London in 1919 sparked an interest in recovering and honouring Spanish dance from avant-garde standpoints. Thus, dance evolved into a field of experimentation where modern art and popular culture mixed.

This renewal process of Spanish dance occurred from different stage works and the work of two women, chiefly, who collaborated with the foremost composers, playwrights and artists in the 1920s and 1930s. Firstly, the work of Antonia Mercé, La Argentina, who championed a synthesis of different forms of Spanish dance in a more refined and universal model. Manuel de Falla would arrange a rendition of his ballet El amor brujo (Bewitched Love) with a symphonic orchestra for her, premiering it in Paris in 1925. The international success of the arrangement led her to found her own dance company, Ballets Espagnols, in Paris in 1927, taking her all over the world. The mise en scènes were designed by illustrator Carlos Sáenz de Tejada and painter Néstor Martín-Fernández de la Torre, and both also designed posters, costumes and handbills for different shows, with various examples displayed here.

Encarnación López Júlvez, La Argentinita, took a more purist approach to traditional dance. She recovered popular dance and songs from the whole of Spain, incorporating them into her shows and combining them with more contemporary productions by musicians such as Manuel de Falla, Ernesto and Rodolfo Halffter and Gustavo Pittaluga. In 1931, La Argentinita recorded, with Federico García Lorca on piano, the five records of Canciones populares españolas (Popular Spanish Songs) for His Master’s Voice, enabling them to perform together numerous times. Her biggest project would arrive in 1933 when she founded the Gran Compañía de Bailes Españoles with her sister Pilar, also a dancer. It featured the collaboration of Lorca and the bullfighter and playwright Ignacio Sánchez Mejías and saw her make a number of trips to Andalusia to enlist an ensemble of dancers.

Its unveiling in Madrid in November of the same year came with the premiere of the ballet La romería de los cornudos (The Pilgrimage of the Cuckholds), which, with music by Gustavo Pittaluga and a libretto by Cipriano Rivas Cheriff, according to Lorca’s Romance de Fuente Viva (Romance of the Living Source), was conceived originally in 1927 for Antonia Mercé but had not been performed in its entirety until that point. For its Madrid premiere it used sets and costumes designed by Alberto Sánchez, who conceived the stage as an arid, oneiric landscape of Castilian inspiration, inhabited by skeletal, sinuous forms, chiming with the work he had been doing with Benjamín Palencia at the so-called School of Vallecas.