Bus Riders belongs to an early stage in Cindy Sherman’s work. The photographs were taken in 1976, but were not printed until the year 2000, when Sherman decided to present them publically along with the Murder Mystery People series. In Bus Riders, Sherman photographed herself in the identity of fifteen bus passengers, using costumes, make-up and wigs, and imitating the body language of people of different sexes, ages and social status. The two series immediately preceded the work that was to make the photographer’s name, Untitled Film Stills (1977-1980), in which, through a similar process of characterisation and adoption of other personalities and stereotypes, she explored the construction of the image of women in mass culture. In works like Bus Riders, Sherman uses disguise to make her own individuality disappear, while highlighting the way that identity is constructed on representation. Her work, then, has a particular importance in the context of postmodern feminism, because while forming this critique of the systems of gender construction and its image in the media, she is using tools such as simulation, theatricality and her own body.

Room 001.04
Artworks in the collection

Room 001.04
Under One Image There Is Always Another 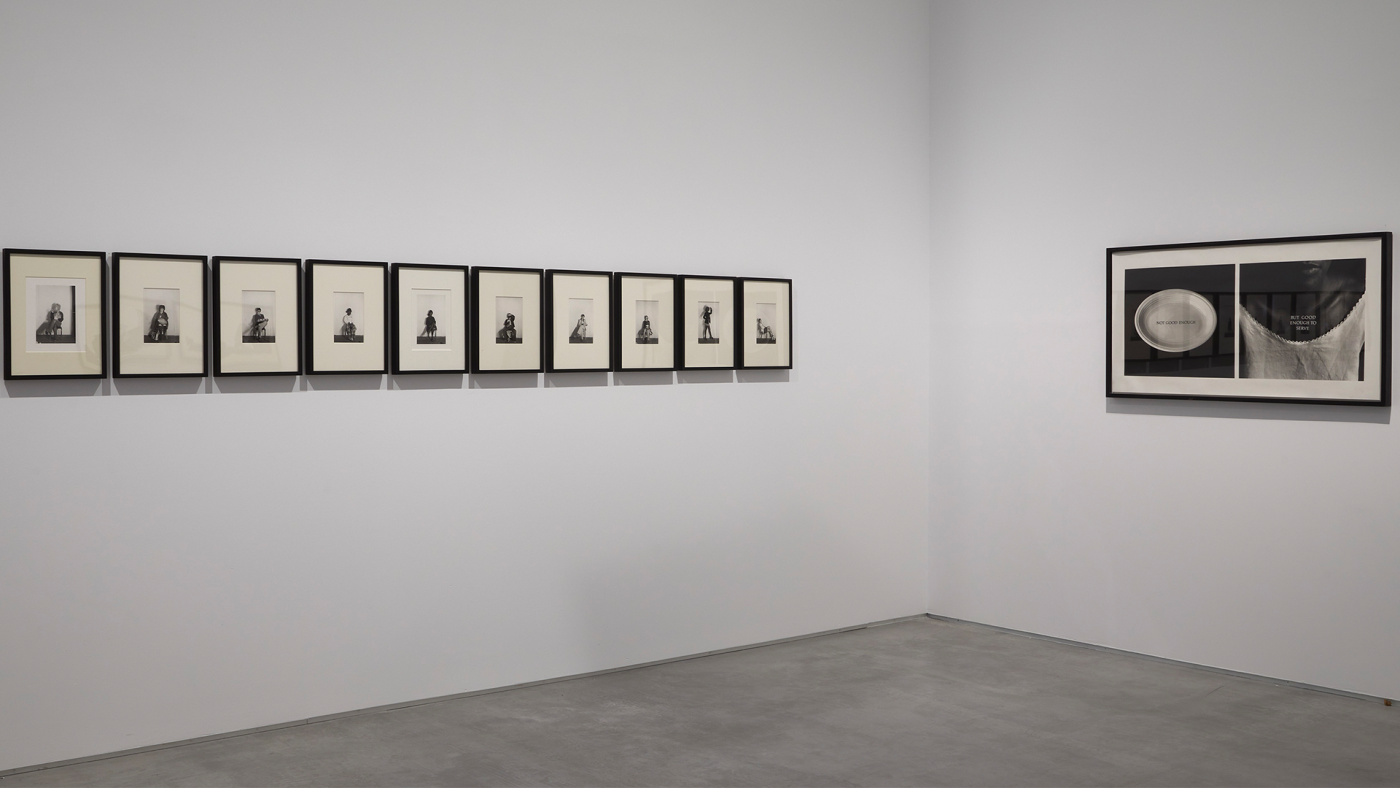