In 1936, the sculptor Julio González wrote that he saw Picasso as a “man of form”, a man for whom “a form never left him indifferent.” Picasso worked in sculpture all his life, and his back-catalogue contains nearly seven hundred works, although only twenty-six date from before 1912, all of them done in traditional techniques like clay modelling and wood carving. Tête de femme (Fernande) (Woman’s Head [Fernande]), from 1909, is an iconic work in Picasso’s output, marking the beginning of Cubist sculpture in the round. Not only did it contain a basis in pieces from the repertory of ethnography, such as tribal Nimba masks, but it also suggested a new way of defining the volumes of the face and hair, making some of the concave forms convex, yet without losing the unitary plastic concept. In 1910, the dealer Ambroise Vollard commissioned the first editions in bronze and bought the sculpture, which was shown at his gallery in Paris in the winter of 1911, where it was received by artists like Alexander Archipenko, Umberto Boccioni, Raymond Duchamp-Villon, Henri Laurens and Jacques Lipchitz as one of the defining moments of Cubist sculpture. In 1912, Alfred Stieglitz included his own photographs of the sculpture in the magazine Camera Work. 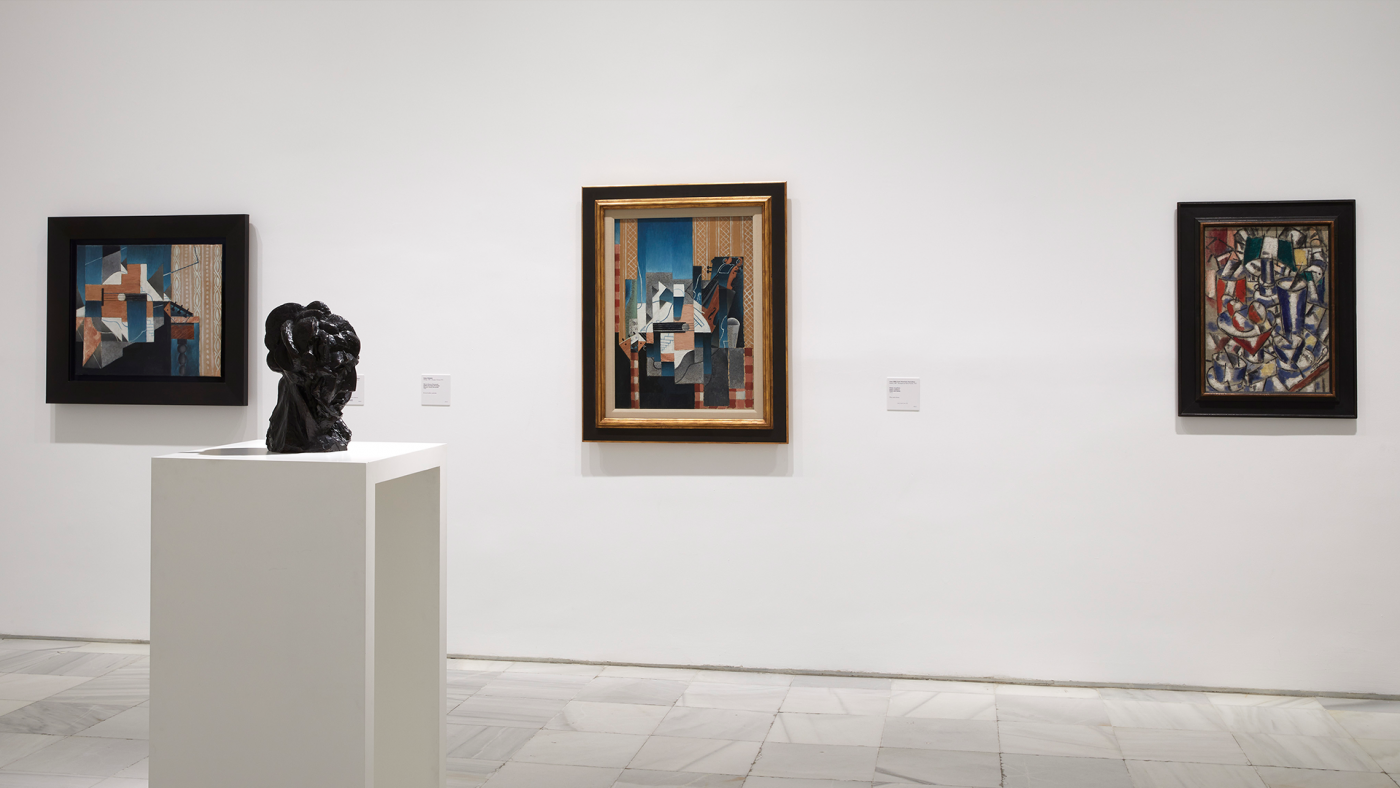