Clavé’s film posters have one particular feature that distinguishes them from most other works of this type: unlike advertising affiches, they are not created using lithographic techniques. Instead, they are one-off pieces painted on wrapping paper, which were stuck to the windows on the top floor of cinemas. The reason a large number of these posters have survived until today is that they were kept in the artist’s residence. Among them is Secreto de una noche (One Night Secret, 1934). It features the characteristic colour range found in Clavé’s work from this period, a limited, contrasting palette, which in this specific case is made up of blues, blacks, whites and ochres. The composition is highly structured and lacks any incidental figures, concentrating instead on the essential elements of the film being advertised, the French production Le secret d’une nuit (1934), directed by Félix Gardéra, in which most of the action takes place in a bar. In terms of its formal characteristics, Secreto de una noche is one of Clavé’s most daring posters. He replaces the images of the protagonists with a bottle, a glass and the silhouette of a residential building standing out against the night sky. They are presented in a complex composition deriving from the Synthetic Cubism of Picasso and Juan Gris, in which the circle takes on special importance. From the example of his posters, we can see that Clavé also demonstrates his significant knowledge of the new paradigms of modern French affiches. Additionally, he shows a certain affinity for the Russian aesthetic, which during this period was being disseminated by illustrators committed to the revolutionary cause, including Helios Gómez and Josep Renau.

Antoni Clavé
Artworks in the collection 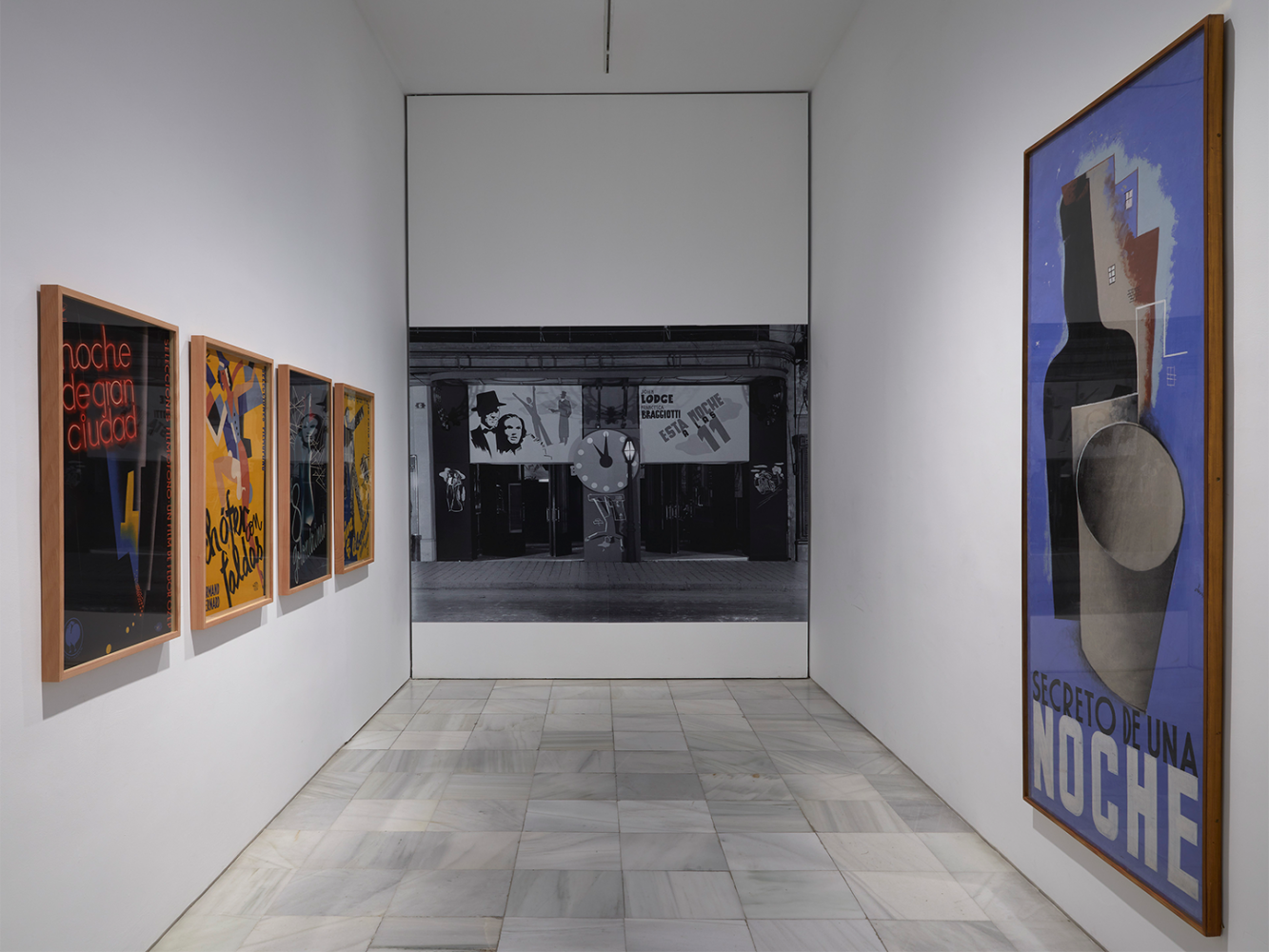