A representative of avant-garde photography in Catalonia and a pioneer, together with Josep Sala and Josep Masana, in advertising and industrial photography, Pere Català Pic worked with photomontage and is regarded as a photographer from the interwar period. His interest in science, technique, progress and modernity led him from an early age to vindicate photographic language as a stand-alone artistic practice and the potential of the photographic image in the medium of advertising. In 1931 he settled for good in Barcelona, changing his name the following year to sign off with PIC (Publicidad Ilustrada Català – Illustrated Catalan Advertising). It was from this point, with his forays into photomontage and advertising photography, that he started to be considered a key figure in the reformist movement in Catalonia and Spain, introducing technical and linguistic processes that were directly related to the European avant-garde. Influenced by resources from the new vision and new photography from Germany, and by artists like Moholy-Nagy, Man Ray and John Heartfield, his advertising legacy from the 1930s, a period when he would also integrate Edward Steichen’s artistic language, is the greatest testament to his avant-garde concerns at a time when trade and businesses were willing to take a chance on the creativity imposed by progress. In this advertising composition for Salisod efervescente, Català Pic assembles the bottle of the product for pain relief, its box and the glass for diluting sodium salicylate, a resource that effectively helped to make its publicity more dynamic.

Room 205.02
GATEPAC, The Urgency of Facilities 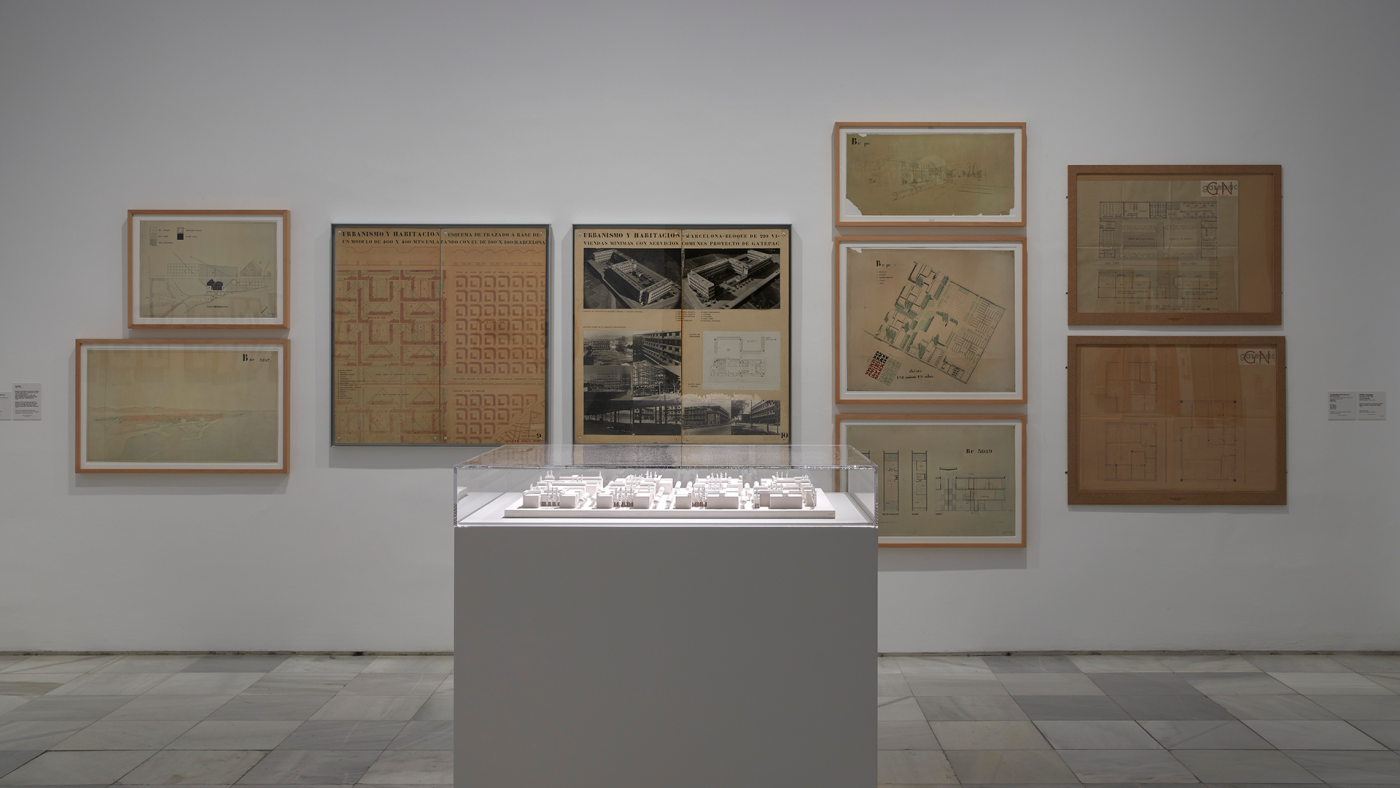