Created in 1952-1953, Operais a liminal work in Öyvind Fahlström’s career as it boldly sums up his engagement with French surrealism while also anticipating the combinatory approach that would become the hallmark of his concretist period. At a first analysis, the work’s overall structure seems indebted to André Breton’s notion of automatism and the drive to create new languages that characterized the work of André Masson. An exploration of writing seems to have been the scroll’s original impetus, as hinted by Fahlström’s sense of wonder at the discovery of the felt-tip pen. At a closer look, however, Opera exposes a process of discovery for the artist as the initial dense chaos evolves onto a formidable sequence of forms that allude to recognizable elements, such as alphabet letters, words, and architectural floor plans. The proliferation of forms throughout the scroll is impressive for its eclecticism and variety of sources, contemporary and ancient. Indeed, the discoveries associated with Opera constitute the beginning of Fahlström’s conceptualization of concretism, which he will publish the following year and which will guide his career from then on.
An important element in Opera is precisely its title. It gives the viewer a crucial insight into Fahlström’s process. For while Opera can be understood, in the literary and musical sense, as a combination of large and small discrete elements spliced together, the term “opera” had a broader, more complex meaning for Fahlström. His great insight was to develop a method in which both the artist and the viewer participated in an operation of constructing and deconstructing the work. While for many the operatic form represented a stultifying tradition, Fahlström was fascinated with its power to address scabrous subjects with grace and beauty as well as its peculiar mix of high technique and raw emotion. An interest in opera would become a lifelong pursuit, eventually resulting in works such as Birds in Sweden, a concrete, operatic poem for radio produced in 1962.

Room 414
Artworks in the collection 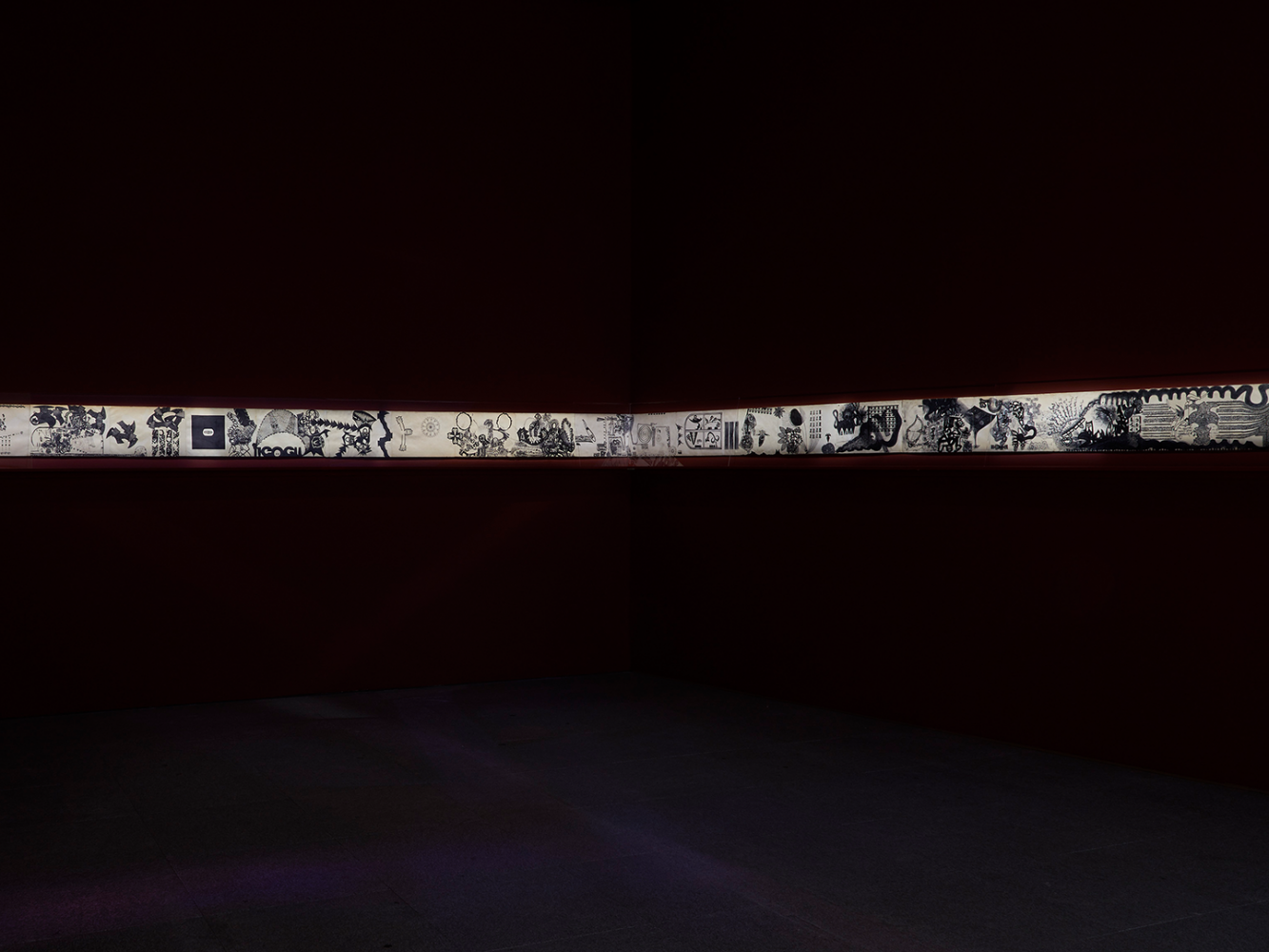