In 1929 José Ortiz Echagüe’s first photo-book came out in Berlin, Spanische Köpfe (Spanish Heads), published in Madrid in 1930 as Tipos y Trajes de España (Characters and Costumes of Spain), a title which, by 1971, would reach twelve editions. The photos needed to be set up, as the author wrote in 1925: “As I walk around the little villages, I talk to the people, I choose the models and then, one by one, I start the job of dressing them in traditional costumes. Having overcome the models’ objections to dressing up in their ancestors’ clothes, I get them together in a setting that I have chosen beforehand, which might be a typical square, the little church or a nearby hillside, from which one can see the village with its majestic castle which is included to create a wonderful backdrop. The sun has just come out, or is about to go down: its rays light the characters perfectly.” Ortiz Echagüe’s references are paintings by Ignacio Zuloaga and Joaquín Sorolla, particularly the Visión de España (Vision of Spain) series from New York’s Hispanic Society of America. Sorolla’s aim was to observe “without symbolisms or literature, the psychology of every region.” Ortiz Echagüe, on the other hand, is content to “perpetuate in graphic documents unalterable by time’s passage, all that Spanish attire has been and continues to be.” Lagartera, a village in the province of Toledo famous for its crafts, was one of his favourite places for photography, particularly with its unusual festival clothing, which the philosopher José Ortega y Gasset does not believe to be native. In the prologue to Tipos y trajes, he writes: “Lagartera attire is common to almost all Europe: with slight differences, it can be found across the whole of the central and Northern part of the continent.” 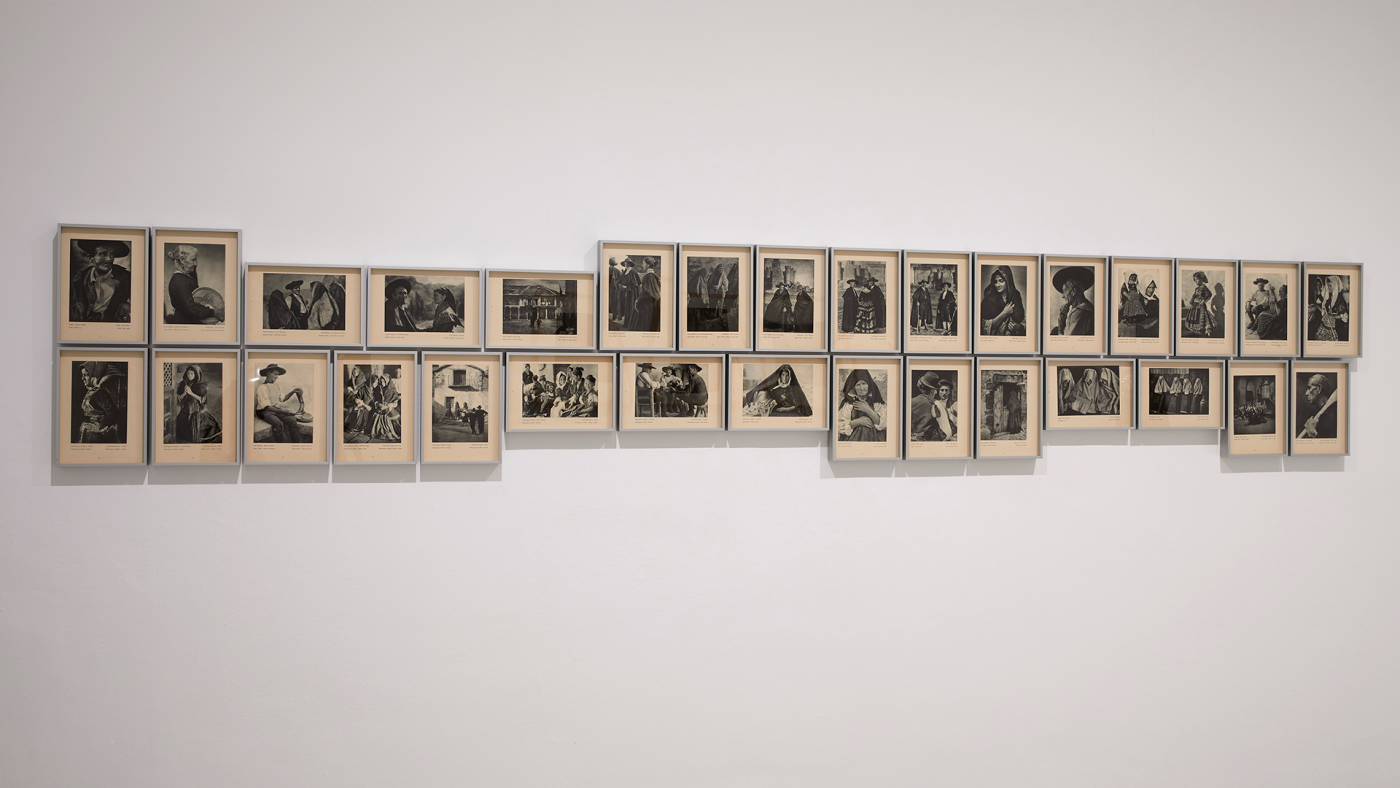