Mathias Goeritz settled in Spain in 1945 after a considerable personal and artistic career, during which he maintained an ongoing interest in the contemporary function of art in his time. After visiting Altamira Cave in 1948, the impact of seeing the cave paintings – which he described as “the beginning of awareness of the ego and humanity” – took his artistic production in a new direction.Gallo en la cueva (Cock in the Cave, ca. 1948) dates from the time when Goeritz came to associate his artistic code with those of the primitive artists. His aim was to find a new art that would reject the inheritance of the succession of avant-garde dogmas. His paintings, gouaches and drawings from after his visit to Altamira develop suggestions and symbols in schematic narratives which are reduced to lines, with repeated figures, animals, caves and the cycle of the sun and the moon. In doing so, he utilises a wide variety of methods, materials and mediums, all associated with nature. These include sand, cloth, paper and silk. He uses them to create a combination of colours, sometimes cut up in the style of a collage. His artistic production reflects his dissatisfaction with the established, the academic, with the avant-garde that has become official art. He presents an independent voice that proclaims freedom of creation in any artistic practice and a belief in the social reality of art. These ideas are shared by a group of artists who, together with Goeritz, form the School of Altamira, also known as the new prehistorics.

Mathias Goeritz
Artworks in the collection 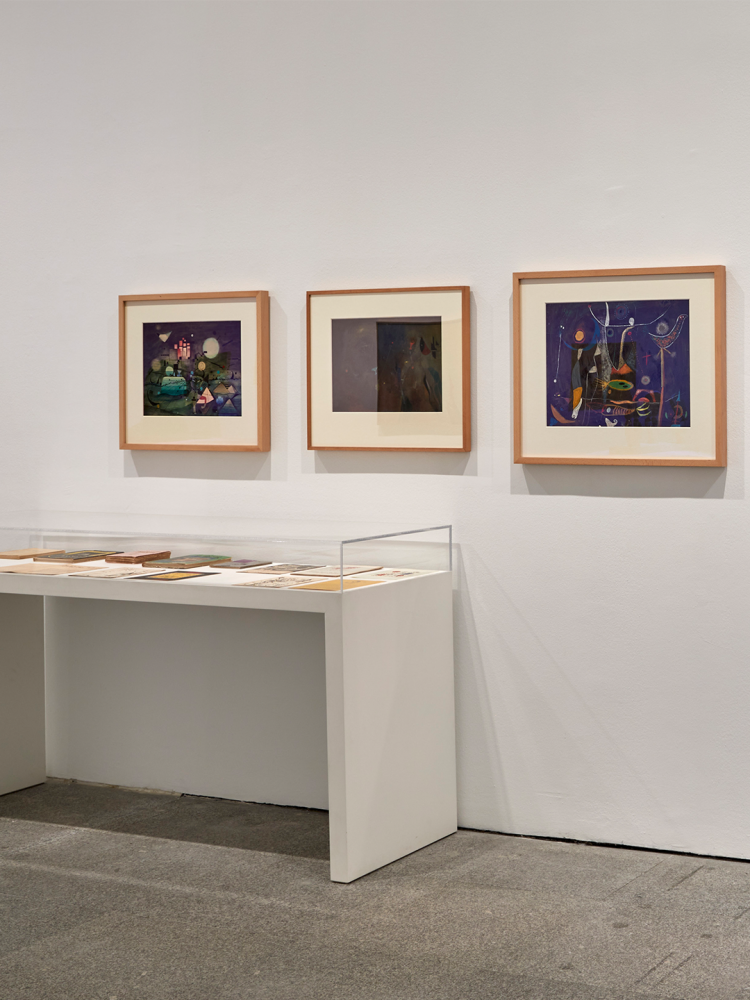