Brassaï emigrated from Hungary to Paris in 1924, the year that the Surrealist movement began. After working as a journalist, in 1929 he began to take photographs of the nocturnal Parisian demimonde, building up the series that would bring him his greatest recognition. Two years after the publication of his book Paris de nuit (1932), the writer Henry Miller nicknamed him “the eye of Paris”. Brassaï’s work has been seen as closely linked to the attitude of the flanêur, the stroller who remains aloof from his surroundings yet is open to the chance encounter in the urban space. However, his working method often rejected spontaneity, and he frequently used manipulation of photographs, and mixed real people with posed ones. Although he never considered himself part of the Surrealist movement, Brassaï‘s early work fits in perfectly with the group’s approaches. Specifically, the photograph Fille de joie, jouant au billard russe. Boulevard de Rochechouart, Montmartre (Lady of the Night, Playing Russian Billiards. Boulevard Rouchechouart, Montmartre) has become associated with Surrealist interest in the symbolic function of objects, and to the way in which an image appeals to the subconscious and becomes linked to psychoanalytical interpretation of dreams. While the connection between the Parisian series and Surrealism is evident in the attraction towards the city as an oneiric space of desire, Brassaï’s pictures are also part of a polysemic game, containing a realist element of documentary immediacy.

Room 205.16
The Camera and the Body. International Photography in the 1930s 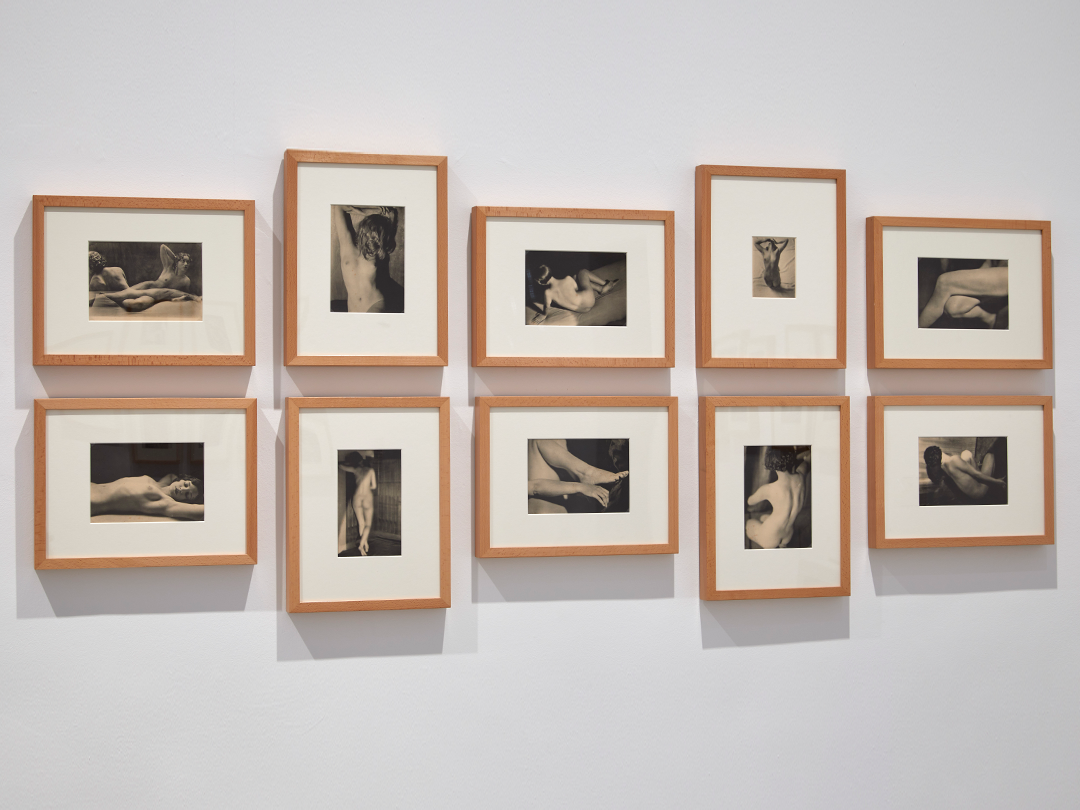