The basic impulse behind Joseph Cornell’s work stems from his seeing the Max Ernst collages at the Julien Levy gallery in New York in 1931. The German artist’s capacity for poetic improvisation when using images taken from old science or art texts was the driving force behind Cornell’s boxes, works based on the association of enigmatic poetic objects. In 1936, Cornell already had some of the compositional basics in place that can be seen in later works like Celestial Navigation by Birds. Another piece, Soap Bubble Set, which he showed that year at MoMA’s anthological exhibition Fantastic Art, Dada, Surrealism, presented the idea of soap bubbles as a metaphor for the behaviour of celestial bodies. This also included the concept of celestial navigation, which Cornell developed further in Celestial Navigation by Birds. The box retains the typology used in 1936, with a cork ball rolling along the upper part and little cups containing glass marbles, in allusion to the planets and the invisible forces and energies holding them. The objects are in front of two manipulated sky maps; cartography that Cornell has used to construct a poetic background connected to the idea of childhood games and experimentation, in order to build upon the Surrealist proposals and explore connections between the world of science, and the world of the spirit.

Joseph Cornell
Artworks in the collection 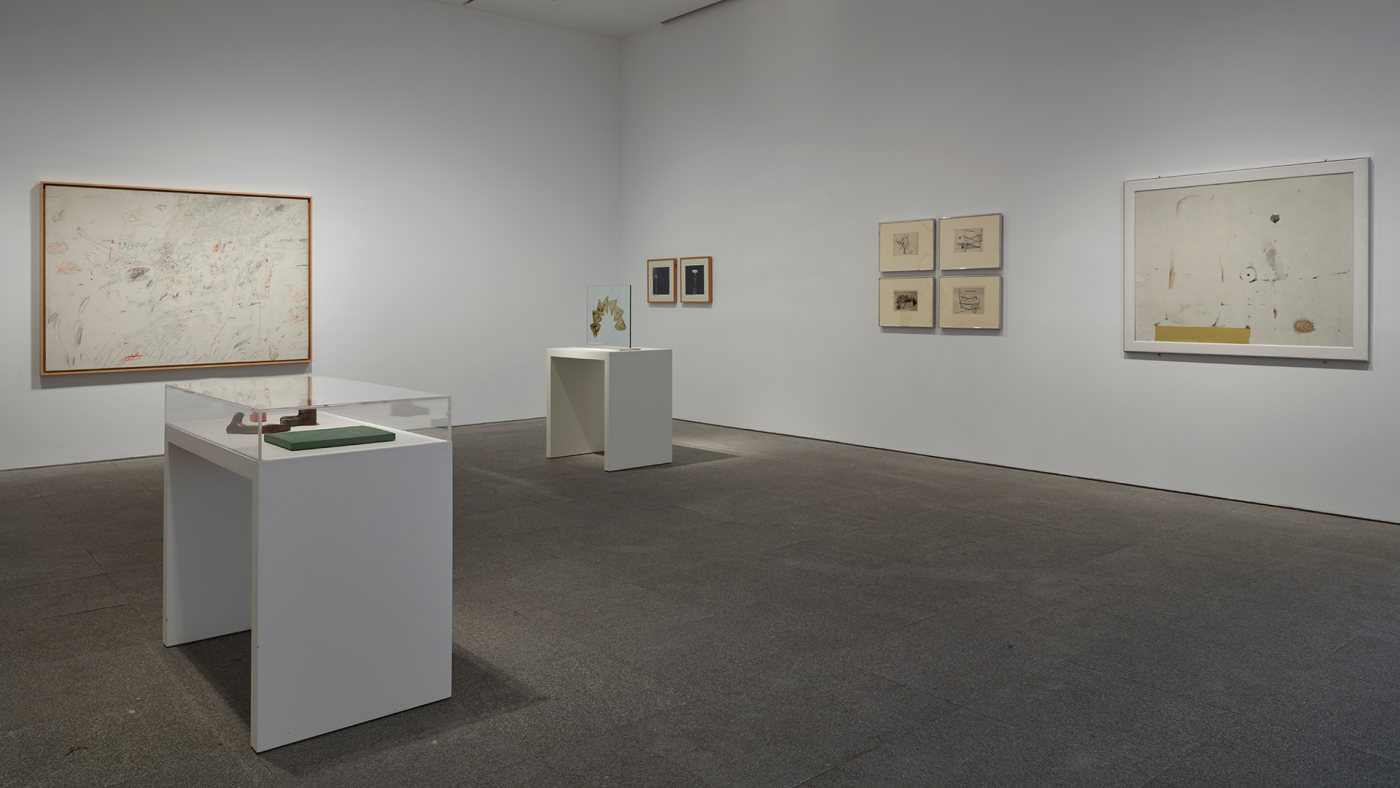