One of the main motifs in Guernica and its studies is taken directly from bullfighting iconography, and is precisely the most dramatic of the preliminary stages of the spectacle: the moment when the bull charges the horse during the ‘lance phase’. On other occasions, Pablo Picasso used a variation of this same theme, this time focusing on the horse itself, which in some studies for Guernica appears alone, without the figure of the bull facing it. The creature is down, having been attacked and mortally wounded. There are various versions of the motif, of which some were done on May 1st 1937 and others on May 10th. Also in these numerous preparatory studies for Guernica, Picasso closes in on the figure of the animal, focusing not on its whole body but on what constitutes the second treatment of the charged-animal theme, its head, tensed and dislocated, as if it is about to take its last breath, baring its huge teeth as if it wants to clamp down on life and cling to it desperately. 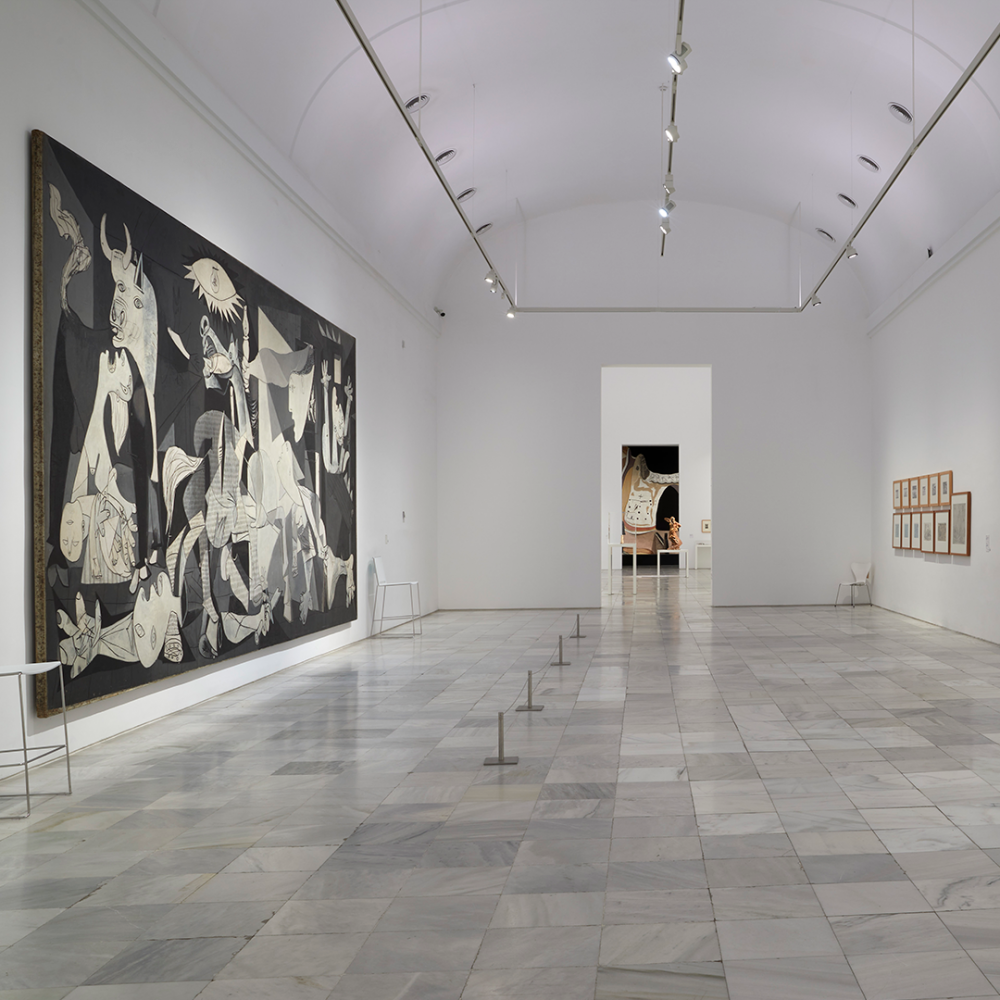