La boîte verte (The Green Box) was put together years after Marcel Duchamp had terminated his unfinished work La mariée mise à nu par ses célibataires, même (The Bride Stripped Bare by Her Bachelors, Even), usually known as Le grand verre (1915-1923). It is a wide-ranging collection of notes dealing with the production process and the meanings of the work, as a kind of catalogue of elements and visual and linguistic motifs that had interested him during his most productive period. It gathers together documents, production notes, a colour plate and photographs. La boîte verte deals with the creation of a multiple artwork (a series of 300 was published) challenging the impositions of the singular work of art, in a gesture that follows the lines of ready-mades and pre-empts any interests concerning the reproducibility of art works. At the same time, it highlights art as a thought process - a key aspect in Duchamp’s work - connected to conceptualism, to which a deliberately enigmatic and apparently random aspect is added in that the elements are not numbered, and some of them make no direct reference to Le grand verre. Because it offered keys to interpretation and valued the serial and objectual nature of a work of art, La boîte verte became one of the starting points for a return to Duchampian discourse in the 1970s, as well as being an essential aid in the reproductions of Duchamp’s works done later by British artist Richard Hamilton.

Marcel Duchamp
Artworks in the collection 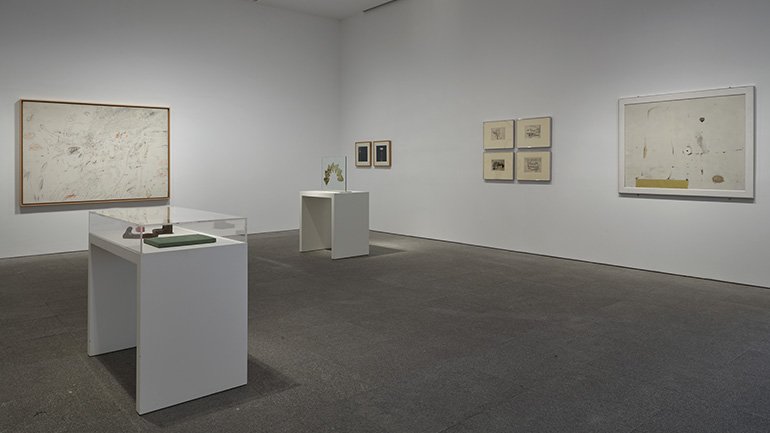