Born in Uruguay, Rafael Barradas got first-hand experience of Futurism in Italy, and what he learned would have a defining effect on his later work. During his stays in Barcelona and Madrid (1914 and 1915 respectively), Barradas laid the cornerstones for the movement known as Vibrationism, a term which the artist himself used to describe the best known of his various programmatic directions. Vibrationist compositions had their roots in Cubism and in Futurism itself, and would become very important to Spanish art, highlighting the dynamics of modern life, referred to by the Futurists as the “universal vibration”. The painting Atocha (1919) is the paradigm of the Vibrationist aesthetic, capturing the typical hustle and bustle of the big city, exemplified by one of the busiest areas of Madrid in the first third of the 20th century. Considered as one of the clearest examples of what could be termed Vibrationism, the formal results of this oil are to some degree comparable to French Orphism, although the references to reality are more obvious here. 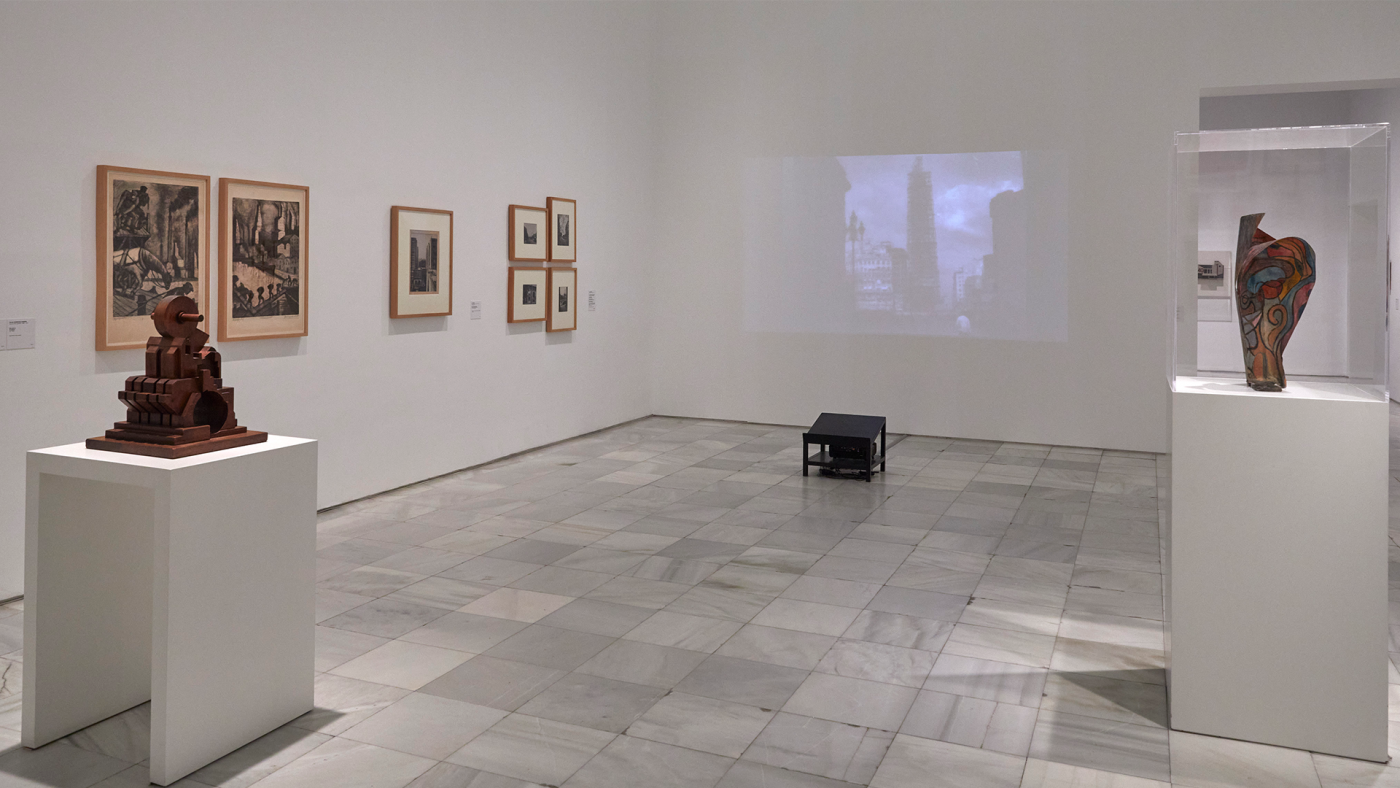