Rosario de Velasco was awarded second medal for painting at the National Exhibition of Fine Arts in Madrid for Adán y Eva (Adam and Eve), done the same year. She went on to show the piece at exhibitions organised by the Society of Iberian Artists in Copenhagen and at the Flechteim gallery in Berlin, between December 1932 and January 1933.
Centred on the depiction of two people – a man and a woman – lying in a meadow on thick foliage reminiscent of the elaborate work of the Customs Officer, Henri Rousseau, the painting includes the main constants of its creator’s career; a Figurative execution approaching (in the period before 1936) the Realism of the art collectives associated with the European pro-Classicism movement, such as the German New Objectivity or the Italian Valori Plastici. While Velasco’s iconography may be inspired in traditional pictorial motifs (still lifes or compositions with figures, such as Adán y Eva), the approach to these themes is characterised here by an innovative formal treatment, which includes technical aspects and use of colour. 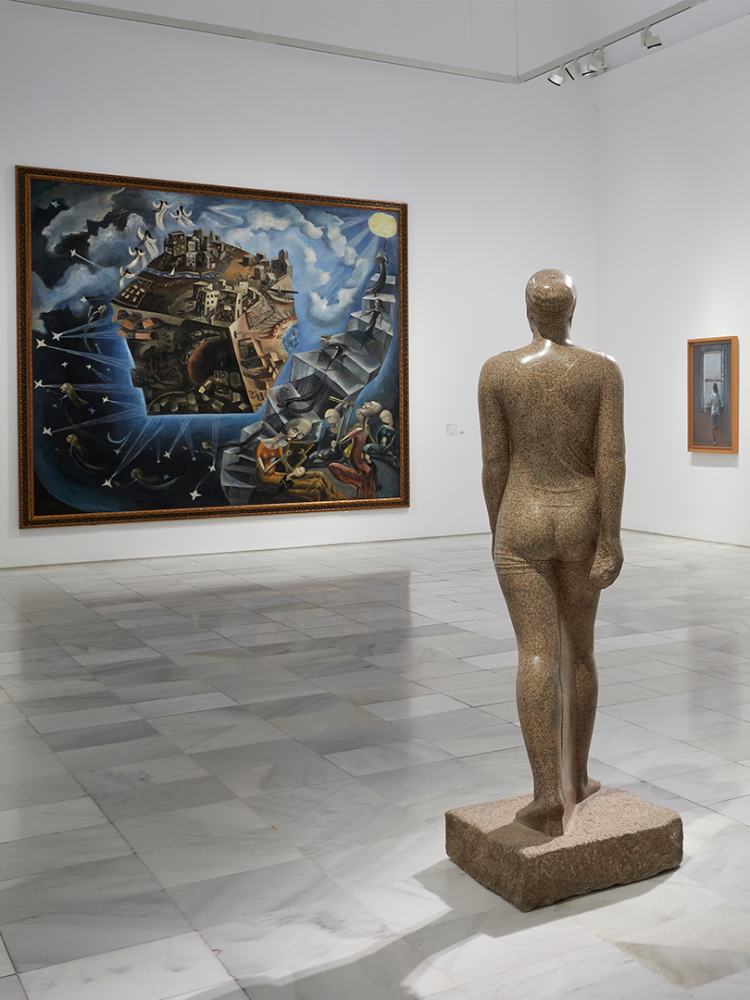