This series explores how the museum has been conceived, represented and questioned in different film poetics. Filming the museum institution entails not only a discussion on how art is exhibited and its mechanism of interpretation, but also how other past times in the present are inserted and reactivated, articulating an amalgamation of transience, inside and outside the present, that is specific to the museum and its narrations.

This series, in relation to the exhibition devoted to the Kunstmuseum Basel, also encompasses the different “species” of museums throughout their recent history: the museum as a space of encyclopaedic knowledge and discourse, the museum as a huge institutional mechanism, the museum linked to accumulation as the dispossession of European colonialism, the museum as a Trojan Horse in operations of “reordering” and “embellishing” the contemporary city, and also the museum as one of the few contemporary spaces to rediscover memory and identity. 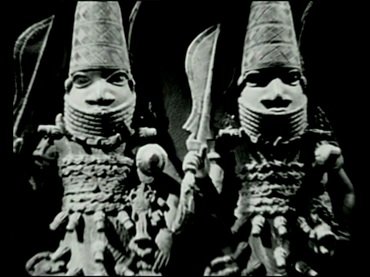 Shot around collections of African tribal sculpture in London’s British Museum, the Musée du Congo Belge in Brussels and the Musée de l'Homme, Paris, this film alludes to how the museum separates the artwork from the world it belongs to, introducing it into the formal and discursive territory of art history, connected to other historical artefacts dispossessed of their function. The film opens with the words “When men die they enter into history; when statues die they enter into art.” Marker and Resnais disarm the logic of primitivism, showing how behind early avant-garde movements’ visual fascination with African sculpture there lurks a process of neutralisation, in which the dominant value of ritual, magic and worship is replaced with an aesthetic and exhibition value. In this operation of resignification, the museum does not participate in isolation but instead is inserted into a complex framework which gives form to European colonialism and its efforts to erase the Other and its otherness. 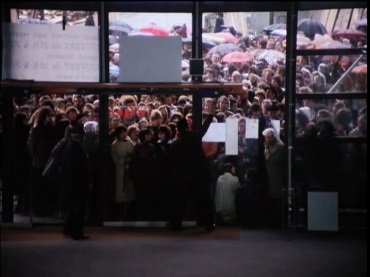 The last film by the Neo-realist director, produced for television and commissioned by the French Ministry of Foreign Affairs, shows, at a distance, the redefinition of the museum as a major culture factory at the end of the 1970s. The film opens with the cinematography of Spaniard Néstor Almendros, showing the colossal and formless structure rising above the historic city while crowds wait expectantly at the entrance. A far cry from the museum illustrated as a laic and civilising ritual, or the modern museum as an independent and individualistic space, Rossellini seems to outline a new post-modern museum: massive, fetishised and characterised by the predominance of unconnected views facing discursive narration. The once encyclopaedic space of the collection is subsumed by a new industrial order, where art co-exists with its own reproducibility under equal conditions. The media library, library or collection are equivalent orders in this new multidisciplinary regime, replacing historical time with the present continuous. “People confuse culture with refinement, […] the Beaubourg is the exhibition of refinement at any price,” declares the film-maker. 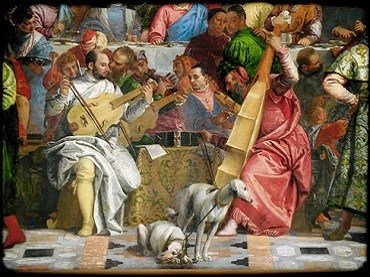 Danièle Huillet and Jean-Marie Straub. A Visit to the Louvre

This film synthesises a radical interpretation of cinema as a translation exercise between text and image, as transformative pedagogy – also distant and hermetic – a style that characterised the work of Danièle Huillet and Jean-Marie Straub for over four decades. Cézanne’s opinions before the masterpieces in the Louvre work as a heterodox guide to this tour around the museum. They are read out by the feminine voice of Danièle Huillet, with the subjective judgements of the painter on works ranging from the Winged Victory of Samothrace to Courbet and Delacroix, via Giorgione, Tintoretto and Murillo, representing the birth of taste and a modern vision, whilst also verbally translating the dense and fragmented pictorial surface of the post-Impressionist painter. Cézanne’s words resonate around an empty museum that is without concessions to the architecture or the presence of the public; the works are shown directly and head-on, lacking any mediation except for the thoughts of the painter himself. Thus the film-makers look to update the relevance of these reflections, which document modern consciousness and uphold, against the grain, the museum as a space where this is shown in its most virtuous state. 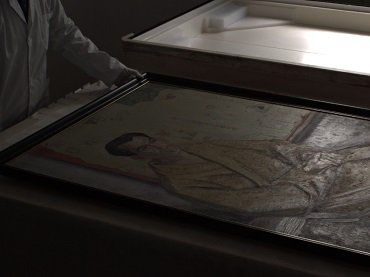 Mudanza depicts the moving of furniture and objects from the Federico García Lorca’s house museum in Granada until it is completely empty. The simple and continuous gesture opens up a deeper wound concerning the vacuum of memory, the production of recollections and the role of the museum in these operations of remembrance. Filmed at a time of social and political debate in Spanish society surrounding the historical amnesia of victims of the Civil War, Portabella looks into memory without consciousness, into the dedramatised celebration of the figure of the poet. “The resurgence of memory comes with the resurgence of forgetting,” writes Andreas Huyssen. The successive dismantling of the museum exhibits this fictitious consensus of memory – the journey around its empty walls alludes to the ghostly presence of the amnesia of civil society and its institutions. 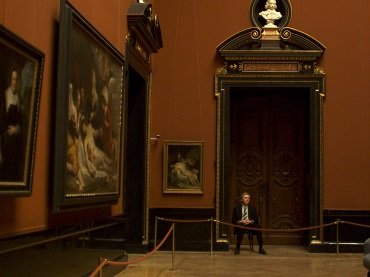 Museum Hours narrates the encounter between a museum guard and a visitor whilst also unfurling an interpretation of the way the world is perceived through observing the museum. Experimental film-maker Jem Cohen’s first fictional film incorporates a number of ideas from his previous work – reflecting on landscape, the correspondence between moods and the limits between fiction and documentary – in a story where the Kunsthistorisches museum in Vienna becomes a space for learning through experience and observation. The sequence of moments and gestures, or the balance between control and chance, not only marks all the architecture in the film, it also constructs the museum and its collection as a space of small epiphanies and revelations that transform daily life. 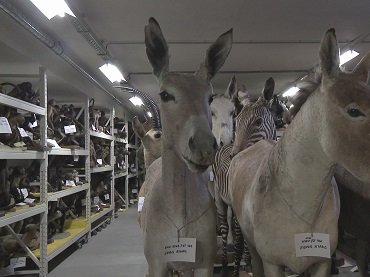 Filmed in Vienna’s Museum of Natural History, a series of long shots featuring offices, storerooms, corridors and exhibited beings depicts the museum as if it were participating in the geological time of the fossils it exhibits, demonstrating how an encased specimen survives its own era. Together with this slow and mineral time, Benning envisages the expanse of shots by way of a complex mathematical formula that looks to represent a viewer’s contemplation time in front of an artwork. At the same time, in a poetic and structuralist sense, Natural History superimposes two time scales: the visitor’s and the museum’s confrontation with time itself. 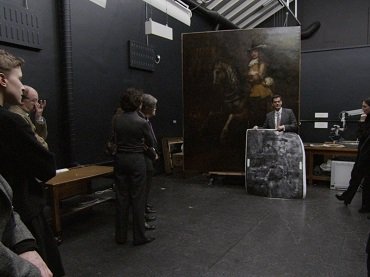 Implying a critique of the institutions that shape education, welfare, punishment and health in the public sphere (for instance schools, universities, housing, prisons, hospitals), Frederick Wiseman’s frank and direct film-making analyses, in this instance, the contradictions of the contemporary museum. Shot in London’s National Gallery, the film demonstrates the tension between the interpretation of artworks throughout history, the efforts of the museum to narrate to and educate the public-citizen and negotiations with business interests that begin to determine the activity of cultural institutions. Thus, the auratic account of the masters of European painting is contrasted against the bureaucratisation of daily management or the curators’ submission to relationships with high societies and potential trustees. National Gallery is the work of a sceptic who uses the perfected mechanism of documentary to place the function of the museum in crisis.

Free, until full capacity is reached