The programme Pessoa: A Brief History of Modern Art, accompanying and serving as a counterpoint to Pessoa: All Art Is a Form of Literature, an exhibition organised by the Museo Reina Sofía which focuses on the Portuguese avant-garde through a reading of the work of the Portuguese poet, seeks, via different perspectives, to offer an approach to one of the most complex, enigmatic and multifarious narratives in literature. The writings of Fernando Pessoa (Lisbon, 1888–1935) were interwoven with the fragments, folds and voices contained within a disintegrating world, enabling him, in combining the practice of heteronyms, to explore reality as a kaleidoscope of infinite realities. In taking literature as a privileged medium and language, his work, in particular his theoretical output, precipitated a broader corpus encompassing the nub of the Portuguese avant-garde scene in the decades that ushered in the twentieth century. Thus, his proposals and initiatives worked to constitute a re-reading, both lucid and paradoxical, of the underpinnings of modern art.

This programme, conceived as a series of encounters, is split into three sessions to examine the major Pessoan contributions, and their possible interpretations, to the present and to an alternative history of modern art. The first session, entitled Different Isms. Pessoa and the Avant-Garde, centres on the poet’s ambivalence towards the prevailing art movements of the time, of which he was not part, despite actively taking an interest in their experimentations. It also pivots on the series of original “isms” — Paulism, Intersectionism, Sensationism — he coined, taking them and setting out the specifics of the Portuguese avant-garde and other ways of considering avant-garde movements. The second session, Be Plural Like the Universe. Pessoa and Heteronyms, spotlights the practice of heteronyms ­— which number over one hundred — in the writer’s work, most notably under the guises of Bernardo Soares, author of The Book of Disquiet, the avant-garde Álvaro de Campos or the more classical Ricardo Reis. The heteronym, that unwavering exercise of opening up to the multiplicity and otherness in which disparate aesthetic, philosophical and life-based standpoints coexist, is directly tied to the crisis of the modern subject which began to gestate at the turn of the twentieth century, with identity, the figure of the author and biography radically called into question. The final session, A Book Like the World, touches on the modern idea of art as the creation of a radically new and diverse experience. A language unlike natural language, designating another reality, developing as the same form of naming it takes shape. Moreover, this session surveys the book as an artefact to invent other possible worlds, and concludes the programme in the form of an epilogue, seeking to relate Pessoa’s work with contemporary conceptions of writing.

Ana Ara is co-curator of the exhibition Pessoa: All Art Is a Form of Literature and a research fellow at the Museo Reina Sofía, as well as a project coordinator in the independent space CRUCE. Arte y pensamiento contemporáneo.

António Feijó is a professor of Literary Theory and a lecturer in the Faculty of Arts at the University of Lisbon. He is one of the academic directors of the project Estranhar Pessoa, a comprehensive survey of the Portuguese poet through his heteronyms, and the author of the book Uma admiração pastoril pelo diabo (Pessoa e Pascoaes) (2015).

João Fernandes is deputy director of the Museo Reina Sofía and co-curator of the exhibition Pessoa: All Art Is a Form of Literature.

Antonio Sáez Delgado is a professor of Literature at the University of Évora. Alongside Jerónimo Pizarro, he co-curated the exhibition Fernando Pessoa en España (Biblioteca Nacional, 2014). 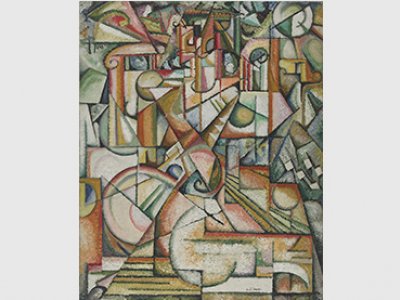 The process of name-giving involves attaching meaning while restricting other possible meanings, which was the case with the avant-garde movements of the past, their own nomenclature – Cubism, Futurism, Surrealism, Dadaism, etc. – often hindering how they were interpreted. Pessoa’s conception of new words would not only create meeting points between movements, but would also impel an alternative history of modernity to be put forward. 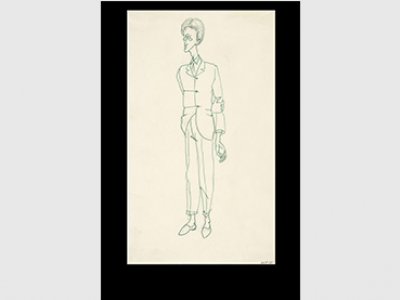 Actividad pasada Wednesday, 7 March - 7pm
Be Plural Like the Universe. Pessoa and Heteronyms
With the participation of António Feijó and Antonio Sáez Delgado. Moderated by Ana Ara

In creating heteronyms, Pessoa foreshadowed, by a number of decades, the contemporary debate on the exact nature of an author. This session explores his heteronym work framed by the existential crisis in the modern subject and the ensuing transformation of fixed and stable identity in a myriad and decentralised process. 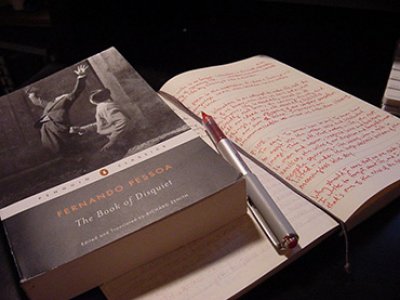 Within the literature composed as narrative, writing responds to the roles of description and expression. Conversely, Pessoa, and other writers such as Samuel Beckett and James Joyce, dismantled this model to conceive of the book as a space to produce experience, not to represent it, thus understanding it as a medium to question the limits of language. This session, conducted by novelist Tom McCarthy, threads together these ideas with contemporary experiments in writing, projecting Pessoa into the present.

Tom McCarthy is a novelist and essayist. He is the author of several novels, including Remainder (2011), Men in Space (2017), C (2010. Shortlisted for the Man Booker Prize) and Satin Island (2015), which have been translated into more than twenty languages. He is the founder and general secretary of the International Necronautical Society (INS), an invisible network on the artistic and literary construction of death, and his work also explores the possibilities of writing in an age of digital implosion. Moreover, he has worked with different artists and published some of his essays on art in Typewriters, Bombs, Jellyfish (New York Review of Books, 2017).