Fernando Pessoa (1888–1935) and the invention of the modern subject in a body of writing intersected by melancholy and the conception of multiple fictitious identities form the backbone of this series, a survey on the author of The Book of Disquiet from the perspective of film. The programme touches upon themes such as the relationship between writing and life, performance and narrative, and non-literary forms of text, featuring films by four Portuguese directors, Manoel de Oliveira, João Botelho, Paulo Rocha, and João César Monteiro, and one Brazilian, Júlio Bressane, whose work constitutes, historically speaking, a playful, popular and counter-cultural opposition to Cinema Novo.

Pessoa’s interest in film led him to write six scripts, ranging from the absurd, a critique of one sole identity and a reconsideration of genres (Note for a Silly Thriller, Note for a Thriller and The Multiple Nobleman, for instance), and to establish his own production company, Ecce Film, for which he designed a logo and searched for premises. Neither the company nor the films ever came to fruition, however.

Furthermore, the writing of Fernando Pessoa assembles some of the key themes in contemporary auteur cinema, mapping a route through the major reference points in modern Portuguese film. In essence, the crisis of existence, the city and urban experience as a transition towards dissolution, the conception of identity as a multiple and performative act, the progressive decadence of a country after its past nationalist glories, and the assimilation of cultural critique in tourism and cultural brands, for instance with Pessoa in modern-day Lisbon, are themes which enable the confluence between the writer and the film-makers to be established.

This series engages in dialogue with the exhibition Pessoa. All Art Is a Form of Literature (Museo Reina Sofía, until 7 May 2018), and, by the same token, looks to explore the relationships between writing and life, in this case through film, and to delve into non-literary forms and spaces in texts and writing.

With the collaboration of: 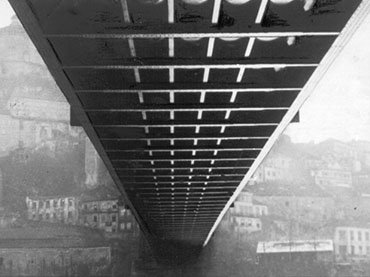 This session centres on the avant-garde art which was contemporary to Pessoa. In 1931, Manoel de Oliveira screened his first film, Douro, Faina Fluvial, a cinematic portrait of the Douro River, the lifeblood of Porto, his home town. Oliveira constructs a visual symphony along the lines of Walter Ruttmanny’s Symphony for a Great City and Dziga Vertov’s The Man with a Movie Camera in a film, brimming with evocative compositions and cadenced edits created through repetition — akin to the montages of the time — widely recognised as a masterpiece and a precursor of experimental cinema in Portugal. The film paints a unique portrait of Porto in 1930, a city caught between tradition and modernity, between the manual and the mechanical. In Máscara de Aço contra Abismo, meanwhile, Paulo Rocha, another point of reference in Portuguese cinema, takes a highly personal approach to the career of the foremost artist in the Portuguese avant-garde scene, Amadeo de Souza-Cardoso, who died in 1918 at the age of 30 and whose work calls into question the dominant narratives in avant-garde movements of the past. 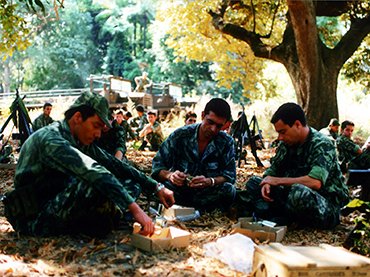 The film Non ou a Vã Glória de Mandar explores the misfortunes of Portugal’s history and the myth of King Sebastian of Portugal. His death aged 24 in a battle in North Africa engendered the country’s loss of independence as it fell into the hands of the Spanish kings, monarchs of Portugal by direct succession until 1640. From that point on the belief was born that the return of Sebastian one foggy morning would mark the end of any crisis the country faced. This myth, and the loss of identity of a nation mired in underdevelopment, foreign influence and melancholy of the past, also runs through the work of Pessoa, above all in his poetry collection Mensagem (Message), which to some degree is expanded upon by Oliveira in this film. 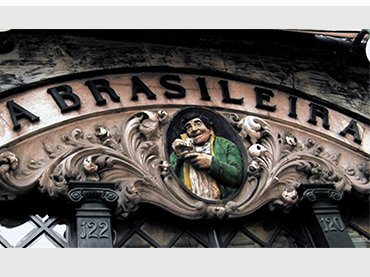 The work of Fernando Pessoa was greeted favourably in Brazil once it started to gain traction. Notable is its influence on the film O Batuque dos Astros, in which a master of Brazilian cinema, Júlio Bressane, sets forth a parallel journey around the city of Lisbon and the life of Pessoa, combining his writings and the places he lived. Consequently, it expounds a seemingly abstract documentary cartography with an Impressionist structure to its narration, using music to dramatic effect and the asynchronous concept of sound to create atmosphere. An icon of non-conformist cinema in the Brazilian underground, Bressane brandishes a defence of life as a method of film-making in this film, paying homage to Fernando Pessoa and alluding to the multi-faceted relationship between cinema, writing and the city, arduously reducible to one sole form. 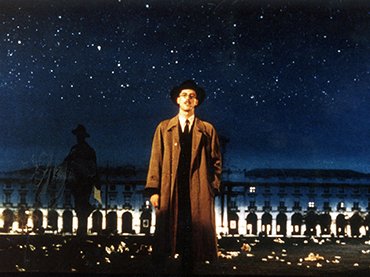 Conversa Acabada is a feature-length film by João Botelho which focuses on the correspondence Pessoa kept with his friend and poet Mário de Sá-Carneiro, with whom he founded the first magazine of Portuguese modernity, Orpheu (1915). This film ushers in a decade, the 1980s, in which Pessoa’s work spread far and wide, both in Portugal and overseas, with the publication of a number of unpublished texts, most notably The Book of Disquiet, which in turn prompted Botelho to make another film, Filme do Desassossego, in 2010. The same session also features the screening of Conserva Acabada, a short film by João César Monteiro on the difficulties a director faces to secure funding and make a film on Pessoa. The work constitutes the first paradoxical and irreverent critique of the tourist industry’s appropriation of Pessoa and the creation of a “Pessoa brand” with the statue of the writer in the famous A Brasileira café in Lisbon.