Together with Carlos Mayolo, Luis Ospina has directed some of the most incisive and critical films on the identity stereotypes that are still prevalent in the cultural imaginary of Colombia and, by extension, Latin America. Setting out from the term “porno-miseria”, his work explicitly speaks out against the obscene use of violence and extreme poverty as a spectacle.

This film series, with the film-maker present, serves as an introduction to his work. The triple agent, which lends its name to this programme, is a collage by the artist Pedro Manrique Figueroa, portraying, autobiographically, the ambiguous relationship between art and politics in the Latin America of this renowned, fictional artist, who is the focal point of the film Un tigre de papel (2007), Luis Ospina’s fictional documentary that concludes the series.

The triple agent is also the role the Colombian film-maker undertakes in his relationship to multiple debates, movements and schools – from the militant cinema of the 1960s and 1970s to video activism in the 1980s, from documentary realism to the poetics of underdevelopment. Despite his constant participation in all of them, he exposes their biased inclination towards stereotypes or towards representative paternalism and perpetually explores their critical tension. This retrospective shows the director’s confrontation in Agarrando pueblo (co-directed with Carlos Mayolo, 1978), in which social protest, the limits of film language and the ethics of participation are explored over four sessions that feature input from the film-maker. 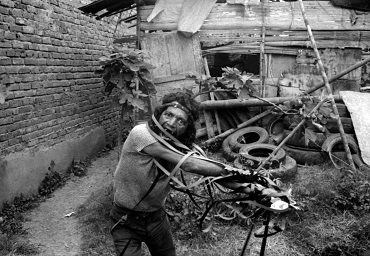 With Luis Ospina in person

In the sense of “fooling”, yet also “prefabricating”, Agarrando pueblo shows the shooting of a fictitious film entitled ¿El futuro para quién? (Whose Future?), intended for broadcast on European television sets. The directors recreate images of underdevelopment in the hurried dictation “what more misery is there?”, a phrase uttered by one of them. Agarrando pueblo shook-up film-making methods: it exposed an orthodox documentary system that freely exploited social scourges – the so-called “cine del sobreprecio (surcharge cinema)” – and renounced the way certain films considered vérité filtered and manipulated reality. Likewise, it set in motion humour and satire as critical and involved tools of film practice. Ten years after winning awards at festivals in Oberhausen and Lille, they made the epilogue Ojo y vista: peligra la vida del artista, a film in which Ospina maximised the new medium of video to reassemble and revisit a scene from Agarrando pueblo: a well-known street performer who, in his proclamations on abandonment and resistance, appears to mirror any other Colombian artist. 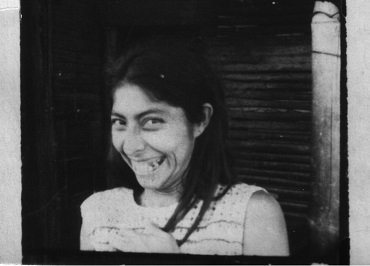 With Luis Ospina in person

Coalesced around the magazine Ojo al cine and the local cinema club, the city of Cali would experience an intense film movement during the 1970s, with the late writer Andrés Caicedo and film-makers Luis Ospina and Carlos Mayolo, among others, at the core. Both films are the outcome of what was known as Caliwood. Oiga vea documents exclusion in the VI Pan-American Games and is edited with contrasts as the presentations and official anthems give way to shanty towns and slums facing monuments and empty stadiums, police and military occupation and the geopolitical tension between Cuba and the USA within an event that takes the city hostage. In Cali: de película, Ospina and Mayolo go to great lengths to transfer the urban landscape of Jean Vigo in A Propos de Nice (1930) to the Cauca Valley city. Festivities, carnival and daily humour in the face of either violence or the theatricality of public life show, in Ospina’s words, that everything is a disguise and forms part of the same ritual. 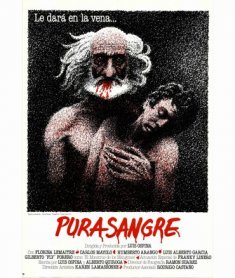 One of the best examples of the so-called “tropical gothic”, a sub-genre comprising the translation and deviation of conventions and narrative frameworks in order to consider a real theme from fiction and parody. Pura sangre mixes together two myths: the vampire of Western culture and the “monster of the valley”, a serial child killer and rapist in 1970s Colombia. In the film an ailing and bedridden tycoon survives through mass blood transfusions taken from young men, kidnapped by his employees. The story is used to present a case of age-old exploitation and corruption, where high society “bleeds dry” peasants paralysed by fear, with the help of a corrupt middle class. 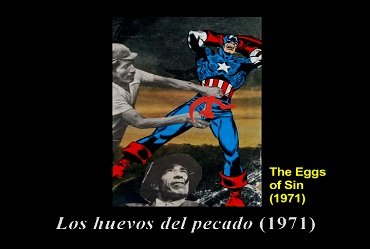 Concerned throughout his work with the preservation of film archives, the conditions for artistic practices in Colombia and the particular narration from Latin America, Un tigre de papel seems to synthesise the combination of the film-maker’s interests, translated into his irreverent artistic code of play and humour, where there is no greater truth than the one discovered by a lie. Un tigre de papel recounts the life of a pioneer of collage in Colombia, Pedro Manrique Figueroa, an activist and militant artist, the alter-ego of so many Latin American artists participating in the networks of visual poetry and mail art, who, before his disappearance, unsuccessfully tried to donate himself to the Museo de Arte Moderno in Bogotá. This fictitious life allowed Ospina to trace a wide panorama of art and public life in Colombia with the participation of many of its protagonists.

Free, until full capacity is reached